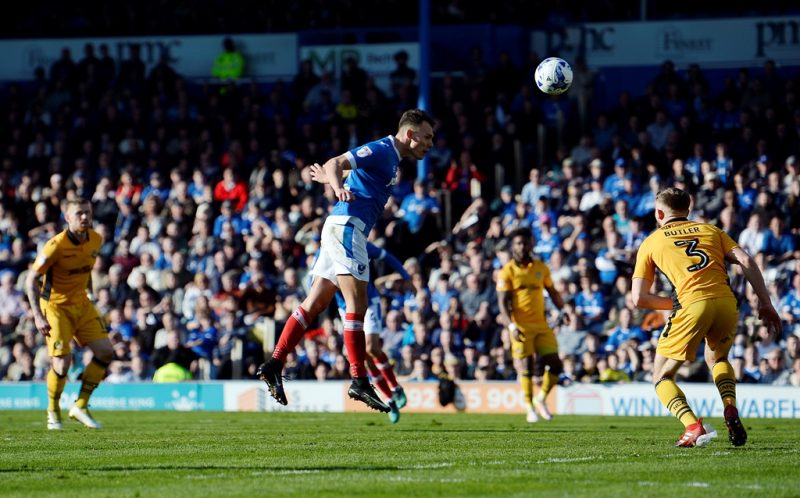 Porstmouth winger Kal Naismith has said the last month has been “brilliant” after he scored the only goal in Saturday’s victory over Plymouth.

The Scot, 25, found himself out of favour at the start of the season, but has started the last four league games and earned his side a narrow victory over their rivals at the weekend.

Having played a big part in Pompey’s League Two title-winning campaign, time on the bench was hard for Naismith, but he is now delighted to be back in the team.

The former Rangers trainee told Radio Solent: “Everything can change pretty quickly in football. I knew that six weeks ago and I still know it now.

“It’s about keeping your head down and keeping focused on the job you’re asked to do when you come into the side.

“It’s been brilliant to be starting and to have been a massive part of it.

“I’m loving it and the lads have had a good run of it of late and that’s even without a few key players with injury.”