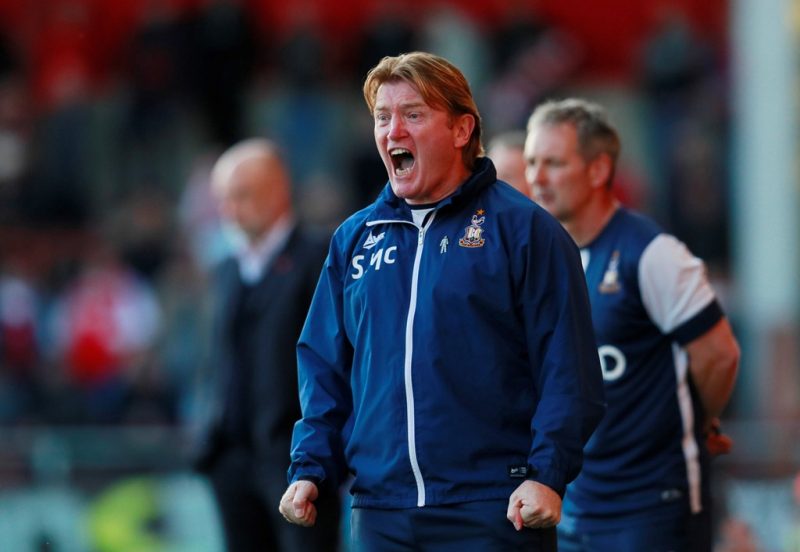 Bradford have completed the loan signing of Burnley full-back Luke Hendrie until January, and Bantams boss Stuart McCall is backing his latest recruit to compete for a starting spot in Yorkshire.

The 22-year-old defender, who is the son of former Bantams frontman John Hendrie, spent last season in the SPL with Kilmarnock, making 33 appearances in the top tier of Scottish football.

With that experience, Hendrie will provide the Bradford squad with important competition as they look to go one further than last season, and reach the Championship.

Speaking to the club’s official website, McCall said: “I saw Luke quite a bit last season while he was on loan at Kilmarnock and playing on TV against the likes of Celtic or Rangers.

“He got 30-odd games under his belt up in Scotland last season, while he’s also played first team football in the Football League (EFL) with York City and Hartlepool United.

“He was always a consistent performer. He has some good experience under his belt now and he is hungry to do well at a club he knows well.

“His main position is right back but he can also fit in as a holding midfielder.

“The challenge for him now is to come here and do everything he possibly can to try and force his way into the team.”

After seeing their record-breaking unbeaten home run ended by Blackburn, McCall’s men return to league action on Saturday when they take on Walsall, with Hendrie available for selection.