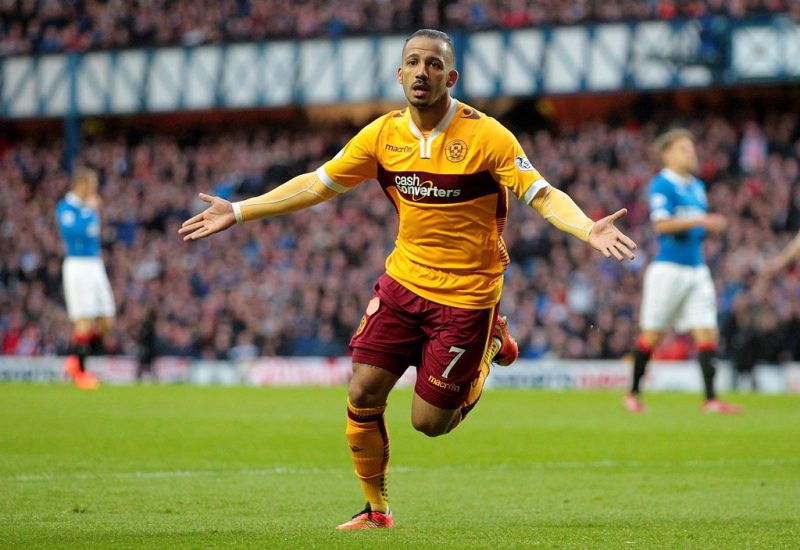 Plymouth have made their first signing since being promoted to League One with the arrival of winger Lionel Ainsworth.

The 29-year-old wideman arrives from Motherwell, where he rejected a new deal after making 142 appearances and scoring 29 goals during four seasons at Fir Park.

Plymouth will be Ainsworth’s 13th club of a nomadic career that has included over 300 first-team appearances for the likes of Derby, where he came through the youth ranks, Hereford and Huddersfield.

Coincidentally, Ainsworth made his debut for the Rams against Plymouth, but went on to play just once more at the iPro before loan spells at Bournemouth, Halifax and Wycombe tempted the Bulls to sign him permanently.

While with Hereford, Ainsworth enjoyed the most fruitful spell of his blossoming career, and scored a hat-trick on his second appearance, and after just one season at Edgar Street, he was back in the Championship with Watford.

At Vicarage Road, Ainsworth struggled to hold down a starting spot and went back on loan to Hereford, and then permanently to the Terriers, before more loan spells at Brentford, Burton and Rotherham led to his move north of the border with Motherwell.

After a summer of much change at Home Park last season, the Pilgrims might be hoping for slightly less activity this year, but Ainsworth signing will add some much needed depth ahead of the League One campaign.