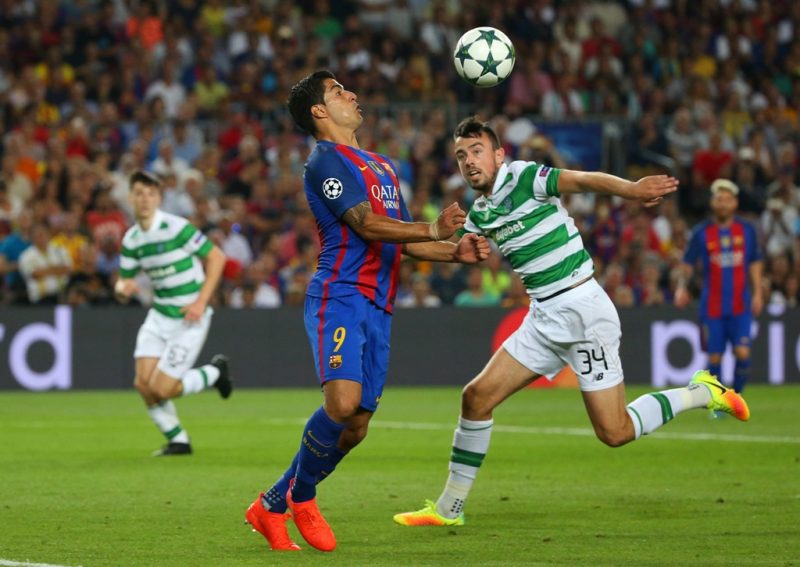 Walsall have snapped up young Celtic defender Eoghan O’Connell on loan until the end of the season.

The 21-year-old centre-back, who came on as a substitute at the Nou Camp during the Hoops’ 7-0 Champions League defeat to Barcelona in September, becomes Saddlers’ boss Jon Whitney’s first signing of the transfer window.

In total, O’Connell has played seven times this season for the Scottish giants, and told Walsall’s club website: “I’m really looking forward to getting started.

“I heard about the interest last week and it took perhaps a little longer to get done than we would have hoped.

“I spoke to the manager and he was really keen for me to come down, and as soon as I’d spoken to him, I was really excited to come here and be a part of it.

“I played a few games for Celtic at the start of the year but I’ve not played as much recently and I wanted to get out and play.

“I’m really excited about this opportunity. I’m looking forward to working with the gaffer and I’ll try my best for Walsall.”

So far this season, Walsall have struggled to re-capture the impressive form that helped them reach the League One’s play-off’s last season, but are still withing touching distance of the top six.

With O’Connell, a Republic of Ireland under-21 international on-board, the Saddlers have certainly added quality to their squad and boss Whitney is delighted the deal.

Speaking to the club website, the manager said: “Eoghan is a target we’ve been tracking for a few weeks now and we’ve been trying to get the deal done.”

“He’s highly sought after and we’ve had to fight off some competition from clubs in England and the Scottish Premier League.

“He’s an aggressive defender but he’s also very good on the ball. Technically he’s a player who’s playing beyond his years and he’s very well thought of at Celtic.

“He’s played in the Champions League and Brendan [Rodgers] spoke highly of him so he’ll be a really good addition to the group and from our profiling and referencing he seems to have a very good character as well which is important.”