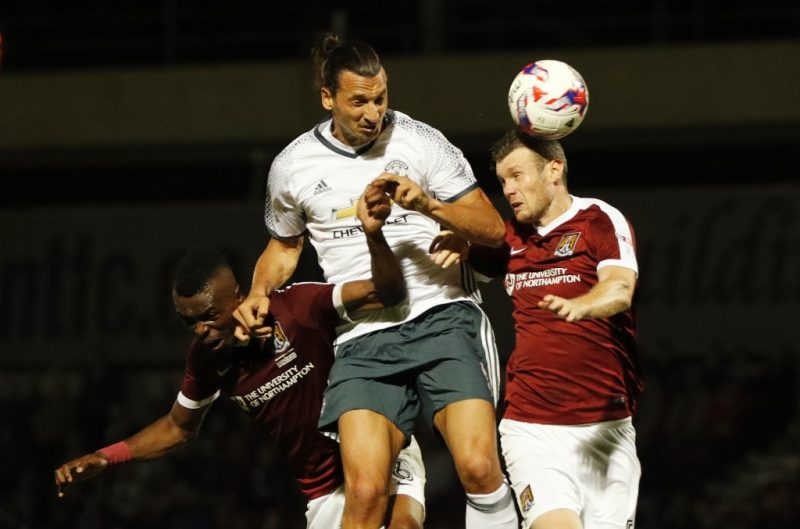 Northampton defender Zander Diamond wants his side to rediscover the consistency they showed that led them to a record-breaking 31 game unbeaten run as they welcome Bury to Sixfields this weekend.

After romping to the League Two title last season and starting this campaign in similar form, the Cobblers’ recent results have been mixed and individual errors have seen them lose their last two home matches, against Bristol Rovers and Millwall.

After going nine-months without tasting defeat at home, the consecutive losses were hard to take for Diamond, and he told the Northants Herald & Post: “It’s important, in any game of football, that you win, regardless of if it is home or away or if you’ve got records [to defend].

“We’ve been beaten twice at home in a number of weeks, so positivity is what we want and hopefully we manage to do that on Saturday.

“We need to take what we’ve done at Shrewsbury and take that into this week, in training and on the field on Saturday and hopefully we’ll get the three points.”

Diamond also said the weekend win showed that the side were over their disappointing 3-0 defeat at local rivals Peterborough in the week, telling the Herald: “We don’t want to dwell on what’s gone before us.

“We got a positive result on Saturday and we’ll go on to the next one.

“We’ve got that [Peterborough defeat] out of our system because in dwelling on it you kind of become negative. We’ve remained positive and hopefully in the next few weeks we can get up the league.”