McGee settles in at London Road with Tyler as mentor 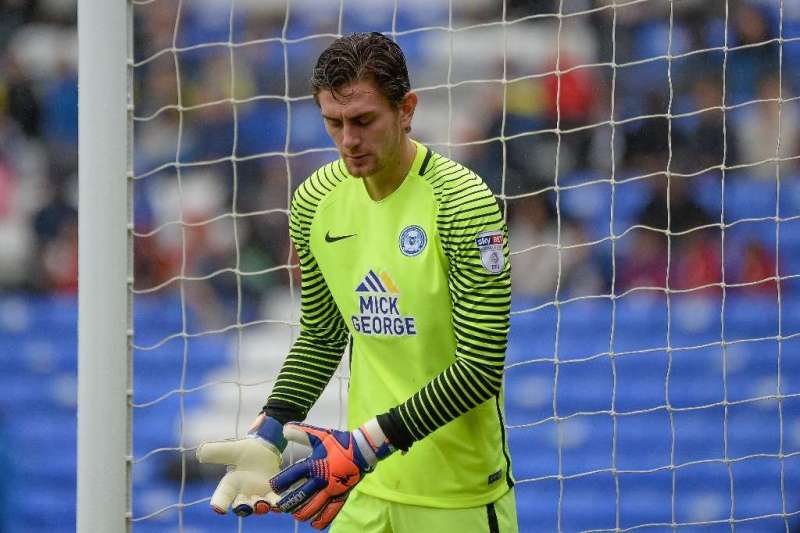 AS a product of Tottenham Hotspur’s star-studded academy, Luke McGee is blessed to work with some of the finest coaches in the country.

But the 21-year-old believes the lessons he is learning from Peterborough United legend Mark Tyler, while on loan at London Road, are proving just as valuable.

North London born and bred, McGee joined Spurs in July 2012 but is yet to feature for the first team.

In August, the Posh agreed to release stopper Ben Alnwick, due to “family and geographical” reasons, and McGee moved 85 miles north with Spurs team-mate Nathan Oduwa.

There, he encountered Tyler, 39, back at the club after a seven-year absence having been signed as a player-coach by boss Grant McCann.

Four appearances already this term have moved Tyler closer to the 500-game milestone in Peterborough colours.

But McGee has now wrestled the No.1 shirt from him and endeared himself to supporters with penalty saves against both Southend United and MK Dons last week.

The phrase ‘king is dead, long live the king’ comes to mind, but McGee has full respect for Tyler’s record.

“He’s played a huge amount of games in the Football League, and working with him every day is only going to be beneficial because he’s been there and done it for years now,” said McGee.

“He’s given me some great tips and every day I’m learning more.

“It’s nice to have the No.1 shirt on your back, but you’ve got to live up to it.

“It’s been good to get a consistent amount of games under my belt.

“It goes from training every day at Tottenham and trying to improve yourself, to going out and needing the three points because it’s people’s livelihoods on the line. It’s a completely different kind of pressure.”

Not only has McGee found Tyler hospitable but London Road has been turned into a home away from home, with ex-Spurs Shaquile Coulthirst and Lee Angol for company, along with Oduwa.

But whether he’s chewing the ear of 20-year-old Oduwa or veteran Tyler, McGee says Peterborough is a great place to be playing football.

“The other players at the club have been really good with me,” he added.

“It was quite easy to blend in and the lads are a good bunch with a mixture of youth and experience.”