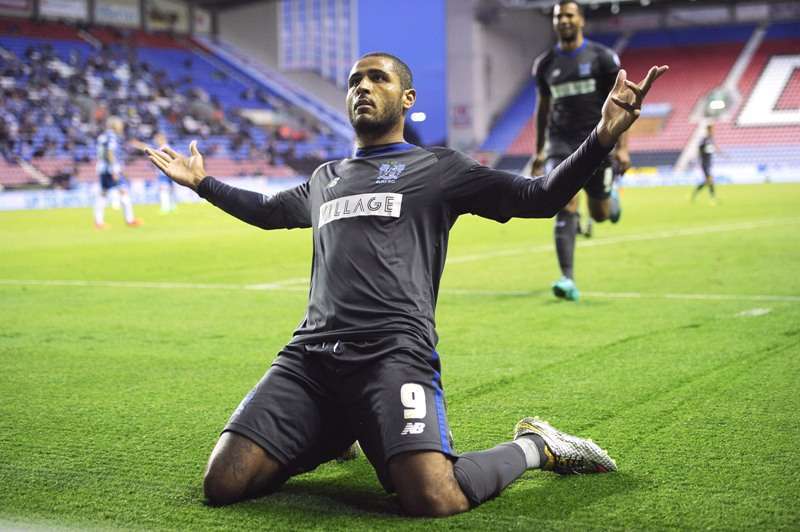 Striker Leon Clarke has completed his move to Sheffield United from Bury for an undisclosed fee.

Clarke has signed a three year deal at Bramall Lane and becomes United’s seventh signing of the summer.

The 31-year-old netted 18 times in his only year at Gigg Lane, including a goal in their 3-1 win at Bramall Lane last September and Blades manager Chris Wilder was delighted to finally land Clarke having had three previous bids rejected.

“We are delighted to secure his signature because we’ve worked hard to get Leon over the line,” Wilder explained.

“He is widely recognised as one of the top centre forwards in the division and he will complement what we already have in our strike force.”

Sheffield United will be the 17th club of Clarke’s professional career but he said the decision to leave the Shakers was one of the hardest decisions he’s had to make.

He said: “I have had a difficult 12 months personally and I have never experienced the level of support I received from everyone connected to the football club.

“The manager was very open and honest about Sheffield United’s interest and it must have been difficult for him as I know he desperately wanted to keep me and worked tirelessly trying to convince me to stay.

“The challenge of playing at a big club again who are promotion favourites were ultimately the major factors in my decision to want to join Sheffield United.”

Wilder believes his strikers have all the necessary attributes to score plenty of goals as Clarke adds experience to a front-line that already contains “youth, legs, ability and pace.”

Bury manager David Flitcroft was disappointed to lose his star striker but pleased that his club got the best deal possible for Clarke. “It is very difficult when a club the size of Sheffield United makes your player their number 1 target, as it is very difficult for us to compete with their financial power.”

“Sheffield United matched our valuation of the player and this undisclosed deal represents a fantastic profit for the club in just 12 months.”

“Leon is a fantastic goalscorer at this level and I feel privileged to have worked with him over this last season.”

Blades fans may get the chance to see their new signing in action tonight as they host Derby County but Clarke will have to wait until late November for a chance to face his old teammates, with a return to Gigg Lane not scheduled until January 2nd.