Home / Latest News / McSheffrey to sign for Doncaster this summer 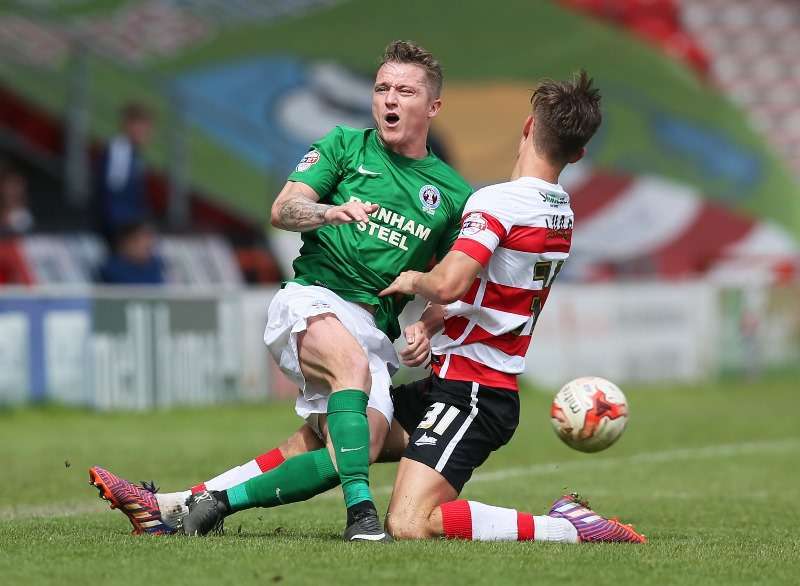 Scunthorpe United winger Gary McSheffrey has revealed that he will join recently relegated Doncaster Rovers on a permanent deal this summer.

The 33-year-old joined Rovers on loan in March, and made seven appearances, scoring one goal. He could not help transform the club’s season however, as they were relegated to League Two with only 11 wins to their name.

McSheffrey told BBC radio: “Nothing’s signed yet, but it’s probably 100% more or less going to be Doncaster. Doncaster are the ones that are going out there to get straight back up and have a promotion season.”

Darren Ferguson has already confirmed that he will remain in charge next season, and faces a tough test to transform a side that were tipped as promotion hopefuls this time last season.

The Scot also welcomed the addition of midfielder Tommy Rowe, who signed from Championship club Wolves. Rowe scored three times in 10 appearances for Rovers last season on loan, and has signed a three year permanent deal at the Keepmoat Stadium.

Ferguson told the club’s official website: “Everyone knows what Tommy can do, we saw it last season. Signing a player like him is a huge statement of intent to get out of League Two and beyond. We’ve had very positive meetings about what direction we want to take this football club in and on the back of yesterday’s club statement I’ve signed my number one transfer target.”