Home / Latest News / Scunthorpe given the go ahead for new stadium

Scunthorpe given the go ahead for new stadium 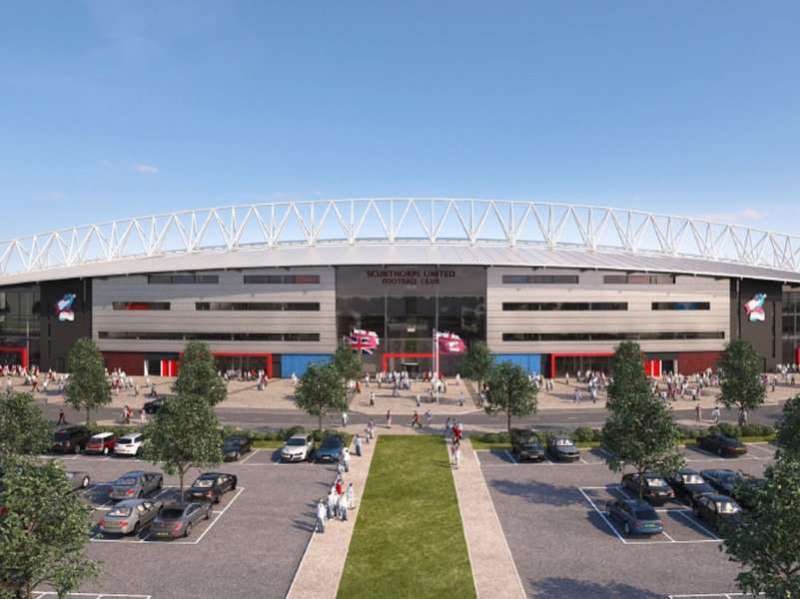 Scunthorpe United have been given the go ahead for a new £25m stadium, with the club confirming construction could be completed within 18 months.

Additional proposals to a 12,000-seater stadium include a new business park and 6,000 homes in conjunction with North Lincolnshire Council’s Lincolnshire Lakes development.

A club statement upon council approval read: “North Lincolnshire Council has today signed-off the planning application to build a new £25M Scunthorpe United Football Stadium. This is a major milestone and means work could start as early as May 2016 and could be ready for the start of the 2017/18 season.”

United chairman, Peter Swann said: “I am delighted to be at this stage and the continued work and help by the council in getting to this point has been invaluable.

“We are at the beginning of a hugely exciting period for Scunthorpe and North Lincolnshire, one which will help to define the area and provide some of the finest football and sports facilities in the country.

The new site is located close to rail links with a new rail station in the building plans, but it does mean the Iron will be leaving Glanford Park – their home for the past 27 seasons. But Swann expressed an eagerness to see the club progress in its community.

“For us the work begins in earnest and we here at Scunthorpe United are very proud to be involved in such an important and defining project, which will regenerate our area,” Swann added in a club statement.