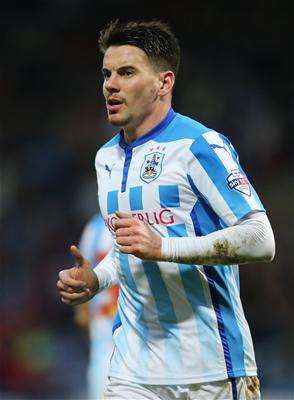 Barnsley have extended the contract of winger Adam Hammill until June 2016.

Hammill returned to Oakwell for a second spell earlier this season after his contract with Huddersfield was terminated by mutual consent.

Hammill had initially signed a ‘short-term deal’ with the Tykes in early November and his 2 goals in six games since have convinced Lee Johnson to sign him up for the rest of the season.

Boss Johnson said: “It’s clear that Adam is passionate about this football club.

“He’s committed to the cause and he has proven qualities, so it’s a deal that I’m thrilled to get over the line and we can now plan for the second half of the season with Adam a key part of our squad.

“You only have to look at the way he celebrated his goal on Saturday to see just how big a connection he has with the fans, so I’m sure they’re just as pleased as I am to have him on board for the remainder of the season.”

Hammill stated his happiness at being back among some home comforts: “Since coming back I’ve enjoyed every minute and I’ve said all along that I would love to remain here beyond January.

“We have a great bunch of lads here and I really feel at home.”