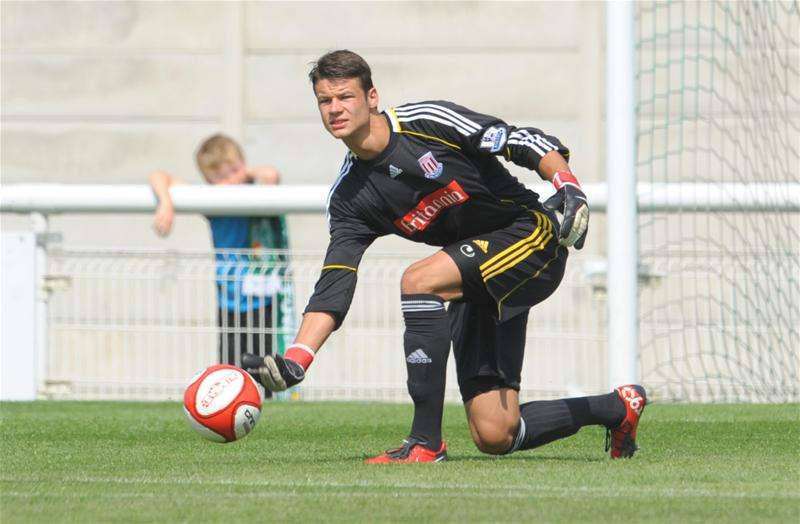 The 21 year-old came through the ranks at Austrian club FK Austria Wien before joining The Potters in 2011.

He has previously spent time on loan Wrexham and Ross County.

Shakers boss David Flitcroft decided to move for the Austrian Under 21 international after Aaron McCarey picked up an injury in training.

Flitcroft told the club’s official website “Due to an unfortunate injury that Aaron picked up on Monday, we have had to move quickly to get another keeper into the club.  We’ve also been given permission for Daniel to play in the FA Cup.”

After gaining promotion last season, Bury have surprised a number by how quickly they have been able to adapt to League One.

The Shakers are currently sitting in 7th place and face Blackpool at Gigg Lane on Saturday.