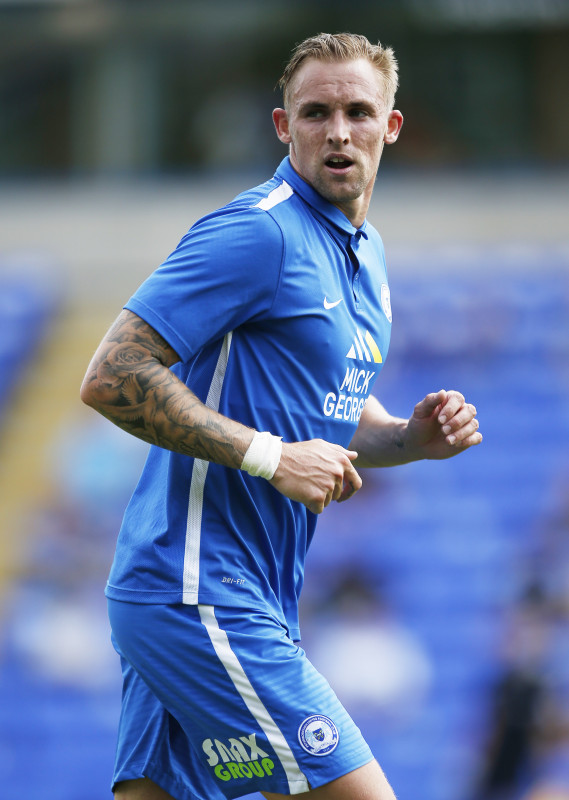 PETERBOROUGH’S signing of Wales international Jack Collison appears shrewd – add in the fact he’ll be managing the Under-21s as well and they may think they have got the deal of the summer!

The former West Ham prodigy has had a lot of time to ponder his next move, and Posh know there is a certain amount of risk that comes with signing a midfielder who failed to make a single appearance last year while at Ipswich after breaking down in a practice match.

Injuries have dogged the 26-year-old since 2009 when an innocuous-looking fall against Wigan dislocated his right kneecap and changed the course of his blossoming career at the Boleyn Ground.

So much so he’s already taken steps to forge a career after his playing days; including the completion of his UEFA B coaching badge, a sports journalism degree at Staffordshire University and the opening of the Jack Collison Soccer School in February.

“There’s nothing worse than being out injured as a footballer, it’s your job and when you can’t do it, it’s very frustrating,” said Collison, capped 17 times by Wales.

“I’ve had to sit on the sidelines for longer than I would ever have hoped, but that does make you appreciate things a bit more and I do believe I’ve got a broader outlook on life because of it. I’ve kept myself busy, and I’m even more grateful now I’m back playing football. I’m keen to make up for lost time.

“It has been a bit of a kick up the backside in terms of my overall career, and what I will be doing after my playing career ends. Managing the U21s here at Posh has been a fantastic experience, and I’m hoping my role on the coaching side will help me develop as a player as well.

“I was speaking to the gaffer, Dave Robertson, about coming to Peterborough when I was on the UEFA B coaching course and it was something we spoke about. I feel like I’ve got something to offer, especially to young lads coming through looking to make that transition to the first team because I’ve done that myself.

“Eventually, one day, management is something I would look to do, but for the time being it is all about playing football, and trying to learn from the manager here.”

Collison should be approaching his prime but he knows the limitations of his body. He readily admits he rushed back after his initial injury six years ago and has paid for it ever since.

Surgery in 2010 left him out for 14 months and then, after helping West Ham return to the Premier League, he was forced to sit out the first three months of the top-flight campaign in 2012-13.

It’s been a long road back for Collison but, after starting his career in the Peterborough academy, there is a sense he has come full circle.

“It’s been a really easy place to come in to, it’s a great set-up here and a good management team as well which has made it really easy to settle,” he added.

“It’s been an up-and-down start, but I’m confident in the players we have here.

“It’s been great to get a couple of 90 minutes under my belt, I’ve been happy with that. I need to keep progressing and drive on.

“The gaffer has been fantastic with me. I know from personal experience you don’t want to rush back, but he also wants to get as much as possible out of me and it’s going well.”