Home / Latest News / How will Sunderland prepare for The Championship?

How will Sunderland prepare for The Championship?

Posted on May 5, 2017 by Matthew Bishop in Latest News, Skybet Championship | 0 Comments 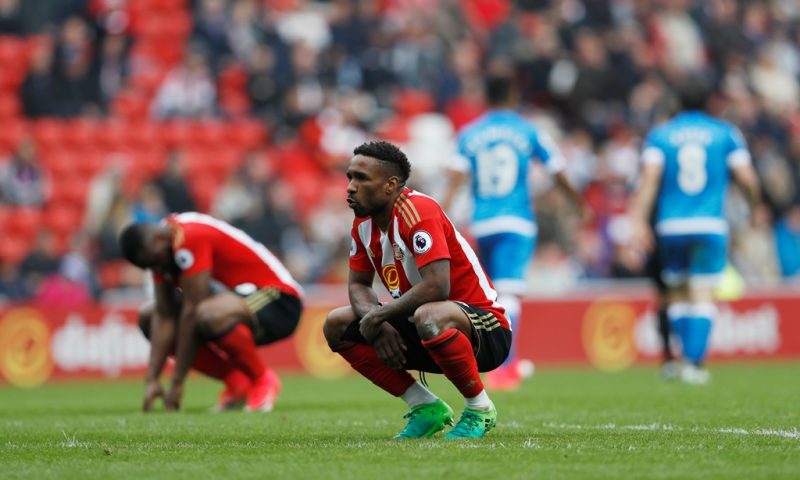 It’s no news that Sunderland AFC has been relegated to the Championship next term after a torrid season which has seen them drop to the bottom of the pit.

Fans were excited by the acquisition of Jermaine Defoe but unfortunately, even he couldn’t save David Moyes and his men from the unthinkable happening.

Sunderland fans will be used to the relegation battles they’ve been in in the last few seasons, but now they’ll have to face reality when they’re facing the likes of Bristol City next year.

What can Sunderland do to give them a fighting chance of joining the elite next year? Should David Moyes even be the man that tries to take them forward?

The Academy of Light Will Be the Players Second Home

The Championship is known to be tough for newcomers and the likes of Leeds & Blackburn will know that better than anyone.

The only way Sunderland will have any chance of promotion next year is if the players work harder than ever, and that means going to the Academy of Light training ground more than they usually do.

Sunderland Will Take Advantage of their Parachute Payment

Any football fan knows the Premier League is one of the toughest leagues in the world, but a team that’s been relegated to the Championship will find it even harder.

The main problem a drop to the Championship gives any club is that they’ll lose their best players because they’ll want to carry on earning the big bucks in the Premier League.

This means a team like Sunderland will have to invest in different players and will essentially have to build a new team in the hope they can secure a return to the Premier League.

It’s uncertain how much the payment will be this year, but previous teams have secured millions that have helped them acquire new players and Sunderland will be looking to do the same.

Will Sunderland Look for Another Manager?

You could say David Moyes has been unlucky with some of the teams he’s managed in recent years.

He took over a Manchester United side that had a lot of deadwood and ended up getting the sack because he couldn’t do anything with them, and the same happened to him when he had another short stint with Real Sociedad.

All Sunderland fans knew they were going to be a nervous wrecks towards the end of the season because in recent years they’ve always found themselves battling to survive in the Premier League, so no one really expected Moyes to be able to do a job with Sunderland either.

Why has Sunderland been unfortunate this season after so many seasons fighting the relegation battle? Has Moyes had an impact on their fortunes? Or did Defoe not score enough goals?

It’s easy to point fingers at players and the management staff but in reality, Sunderland owners haven’t done enough in the transfer markets when it comes to bringing in top talent.

They aren’t a good team because of this and more often than not they’ve had to rely on the youth to get them out of sticky situations.

Does Sunderland have any chance next year or will you be betting on their opponents to make their life a misery?

Have a look at the best free bets on Freebets.co.uk to take advantage of the many free promotions that will give you the chance to earn more money on every event while checking on your favourite option.

You’ll be able to see a list of the bookmakers and all their current offers so can fully take advantage of their promotions.

Whether Sunderland has any chance of getting back into the Premier League next year remains to be seen, but they certainly have a tough battle on their hands as they’ll already know.