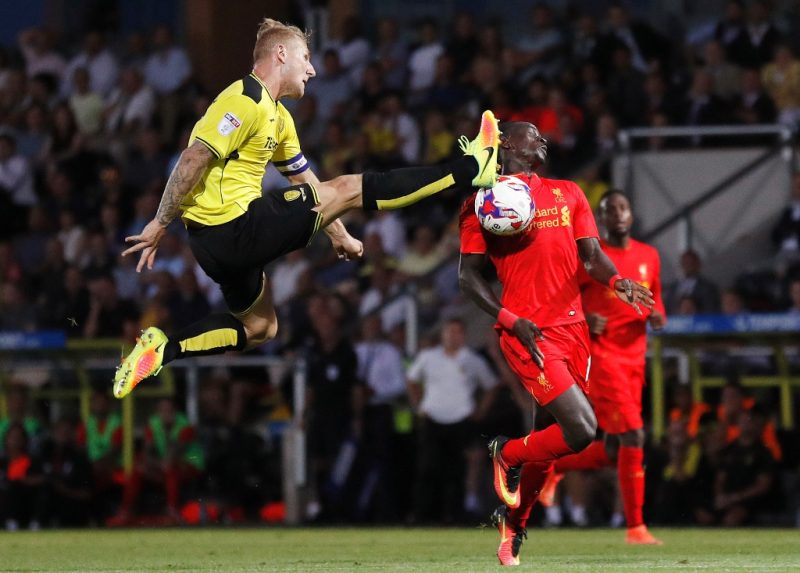 Burton Albion’s record signing, Kyle McFadzean, has been warned by boss Nigel Clough about his behaviour on the pitch, and says he could face losing his place in the starting eleven.

The 29-year-old, who joined the Brewers during the summer transfer window from MK Dons, for a club-record, undisclosed fee, will have already missed seven games this season when his current suspension is over.

He missed three games in September after elbowing Wolves striker Paul Gladon, and is now currently serving a four-match ban for allegedly stamping on Barnsley’s Sam Winnall during the 0-0 draw before the international break.

“There is no excuse,” Clough told the Burton Mail, “I thought he was a little bit unlucky with the first one at Wolves but there are absolutely no excuses for this one.

“At his age now we’re looking for him to start learning and not be doing these sorts of things.”

Despite missing a large chunk of the season already, Clough has been happy with the way McFadzean has performed, but on both occasions he has picked up a ban, the centre-back has been captaining the side and his manager is desperate for him to lead by example.

“He knows he’s let everybody down again,” Clough added. “There’s an element of where he’s played before, he got away with these things. When you’re at Alfreton Town and places, they haven’t got the cameras to pick these things up.

“These are the lapses you have to cut out.

“We’ve got options to go back there and if they come in and do well, he might not get straight back in. That’ll be the biggest disappointment for him.”