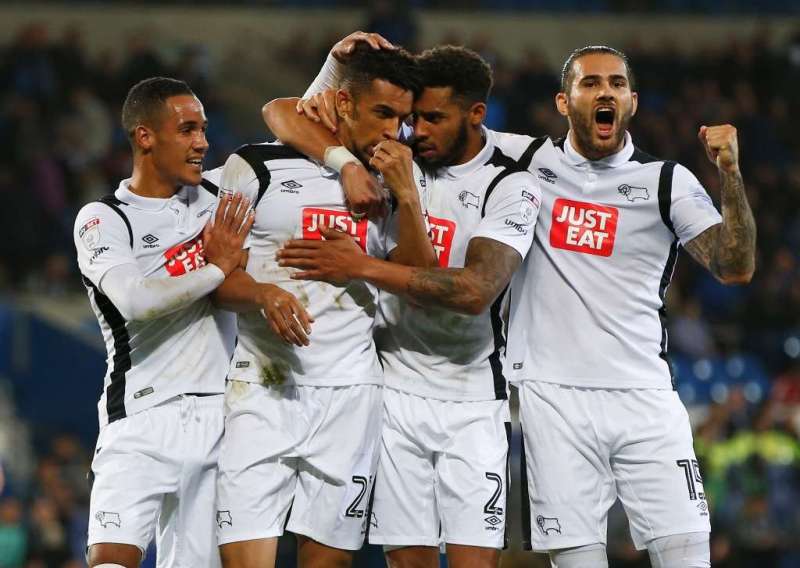 Derby midfielder Bradley Johnson hopes Tuesday’s win over Cardiff can be the turning point in their season.

The 29-year-old had only started once this season before the victory in the Welsh capital, and has had to watch on from the sidelines as his teammates have struggled to recapture the form that got them into the play-offs last season.

It has been a very tough start, and before Tuesday the Rams had only scored three goals and were winless in six games, but Johnson was happy with how the Rams performed against the Bluebirds.

He told the club’s website: “We needed the win and we know that we are capable of better results and performances as a team.

“Cardiff isn’t an easy place to go to so to get three points, which I think we thoroughly deserved, means we can take a lot of confidence from it and move forwards.

“We’ve worked hard on and off the pitch and we all hope that the win can be a turning point for us.”

Since moving to the iPro, Johnson has not always been a fan-favourite and this season has been a frustrating one for him.

However, after he played a key role in the win against Cardiff, and was involved in the build up to Tom Ince’s 55th minute opener, Johnson now just wants to kick on.

He said: “It was good to be back on the pitch and I really enjoyed being out there.

“In football you are always going to have spells where you aren’t in the team but, when the chances comes your way to make the shirt yours, it is down to you and no-one else to take it.

“I was selected to play and I hope now I’ve done enough to keep my place for the weekend.”