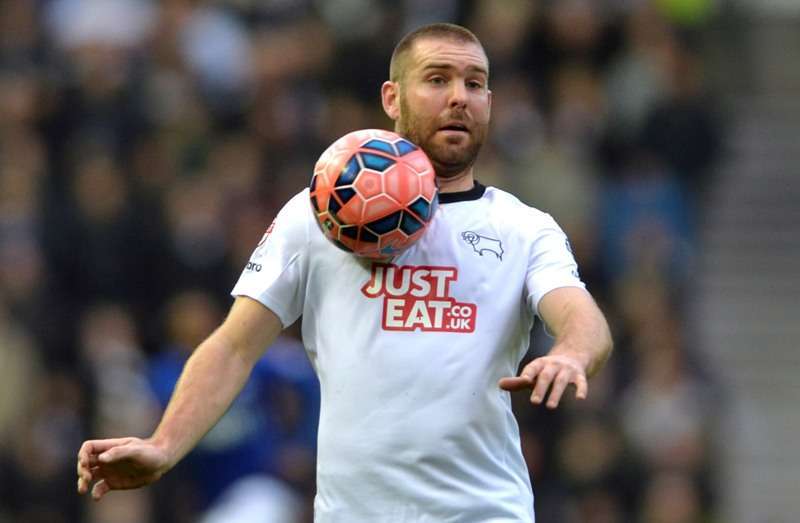 Wigan have signed defender Jake Buxton from Derby for an undisclosed fee.

The 31-year-old has signed a three year deal at the DW Stadium after seven years and over 150 appearances for the Rams.

Despite playing just four times for the first team last season, Caldwell was delighted to add more experience to his squad.

“He’s a top professional with over 300 Football League games to his name and he’s chomping at the bit to add to his tally,” explained Caldwell.

“Not only will he be an asset to us on the field, but Jake will also add to the great character within our dressing room and I feel he will fit into our group perfectly.”

Buxton earned cult status at Derby after scoring a late winner at home to rivals Nottingham Forest in 2012 and he was a key part of the side that reached the 2014 Championship play-off final under Steve McClaren. He tweeted that it had been an honour to play for the club.

The Mansfield academy product also tasted success at Burton as he was part of the side that won the Conference under Nigel Clough in 2009.

Derby manager Nigel Pearson said: “Although I have only been at the club for a short period of time, I have seen first-hand and am well aware that Jake Buxton has been a fantastic servant for Derby County.

“He had limited playing time last season and, given I couldn’t assure him of a regular starting place moving forward, the move to Wigan Athletic is a great opportunity for him.”

Buxton is the ninth player Wigan have brought in since they were crowned League One Champions and Caldwell believes he adds “great competition” to his defence.

Latics fans could get the chance to see their new signing in action this week as they face Oldham and Fleetwood in their final pre season friendlies before their season opener at Bristol City.