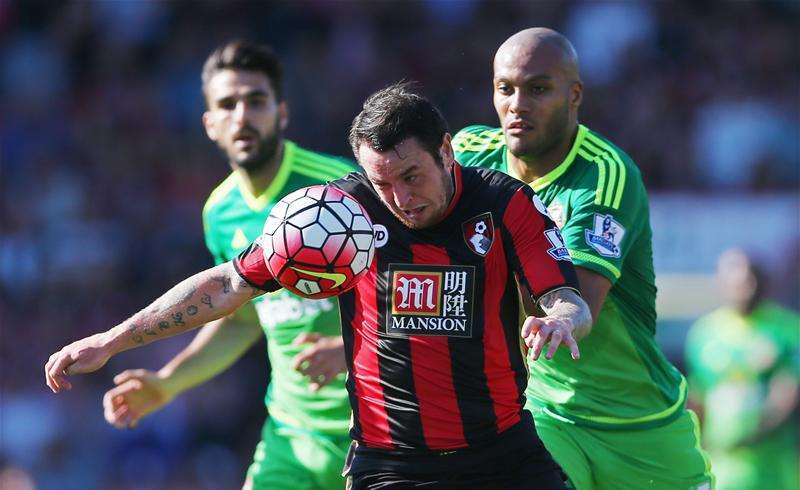 Bristol City have completed the signing of Lee Tomlin on loan from Middlesbrough until the end of the season.
The 27-year-old joined Bournemouth for £3 million from Middlesbrough in the summer but has struggled for first-team appearances recently and has made just three starts in the Premier League.
Bristol City interim manager John Pemberton told the club’s official website: “We’ve been monitoring his situation at Bournemouth and it’s great that we’ve been able to bring him on board.

“He wants to play football and he’ll bring us ability and experience. We’ve already spoken about the way we want to set the team up with a tighter backline but we can’t neglect the fact we need to score goals.

“Hopefully Lee will give us that in the final third. In tight games, like at Leeds on Saturday, hopefully he can be the one to notch something for us.”

Tomlin began his career with Rushden & Diamonds before joining Peterborough in 2010. The midfielder helped Posh reach the Championship in 2012 before leaving to join Middlesbrough in 2014.
Following promotion from League One last season, Bristol City have had a difficult time adjusting to life in the Championship and currently sit in 22nd place, one point adrift of safety.
The Robins face Birmingham City at Ashton Gate on Saturday.