Hasselbaink happy to use youth at big money QPR 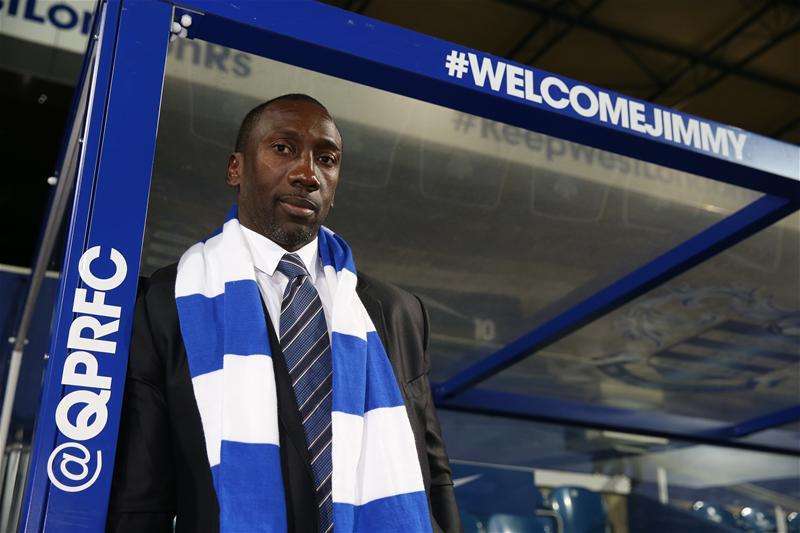 New QPR manager Jimmy Floyd Hasselbaink had plenty to say at his first press conference after he was given the job last Friday.

With Darnell Furlong and Michael Petrasso’s recent breakthrough into the first-team, Hasselbaink stated that as a tactic to stabilise the club he would not shy away from promoting from within the club’s youth ranks rather than look at a big money transfer as has long been the case at Loftus Road.

Hasselbaink said while sat alongside Les Ferdinand: “To stabilise, get youth in, give the club back to the supporters. If I have a chance to bring a young player through at 18, I will.

Famous for his playing time in plain blue the former Chelsea striker is keen to keep Charlie Austin in the Hoops shirt.

“You don’t pinch. He’s not going to be pinched,” said Hasselbaink.

The new boss seemed to suggest his immediate aim is to build a team spirit with Rangers squad, something he did at low budget Burton who he has left top of League One.

“It’s a team game. I want to have a team. I don’t want individuals. You need a team and eventually teams win you titles. Individuals win just the game.

“We need to hit the ground with both feet, not one, and concentrate on a Saturday, and the league will take care of itself. That’s the easiest way, and that’s the best way.”

Hasselbaink notably called himself ‘the chosen one’ after fending off 11 other candidates to win Tony Fernandes and Les Ferdinand’s favour.