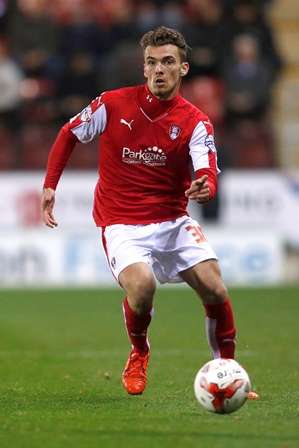 The England U20 international, who has impressed the United faithful during his month’s loan from Carrow Road, has extended his loan-period until January 2016 in a bid to improve the South Yorkshire club’s fortunes.

The Millers’ initially secured Toffolo on loan on 19 October, after United boss Neil Redfearn sought a replacement for the injured Joe Matlock.

Toffolo said: It’s been great working with Alex [Neil] since he took over at Norwich.  We discussed the need to get out on loan to play Championship football during pre-season, and he has been very supportive in both the run-up to and throughout my initial loan move to Rotherham.

“It’s quite ironic going on loan to Rotherham, as it’s the club that I made my debut against for Norwich in the League Cup.  And shortly after that, I signed a new two-year deal, so I’m in a good place right now.

“As a footballer, you learn from different experiences, so going on loan to both Swindon and Rotherham over the past 12 months or so has enabled me to step up and hone areas of my game.  After all, the playing style in League One differs to the Championship, and the Championship will again differ to the Premier League.

“Neil [Redfearn] is of a similar mould to Alex [Neil].  He has recruited a great bunch of lads and, from what I can see at the training ground, he certainly has the ability to bring the best out in the people that he works with,” he added.