Home / Latest News / Steve Clarke: Euros can help push my players on in the Championship

Steve Clarke: Euros can help push my players on in the Championship 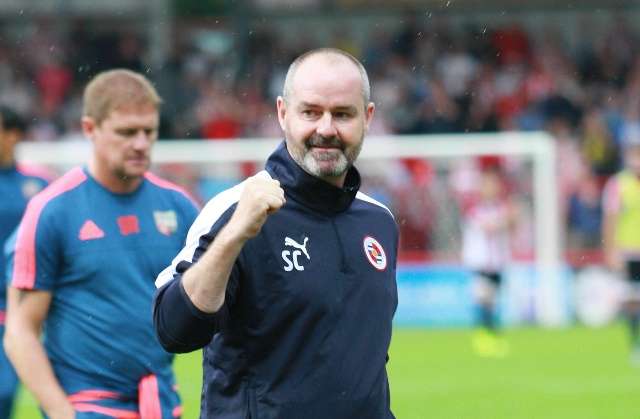 THE Reading dressing room is currently swarming with international stars – and boss Steve Clarke believes he can use the carrot of Euro 2016 to his advantage.

As well as the home nations being well represented in France next summer, Watford loanee Matej Vydra’s Czech Republic have qualified along with Orlando Sa’s Portugal.

Motivation now for the players, particularly those from Northern Ireland and Wales, who have worked so desperately hard to be part of a history-making qualification campaign, is to convince their respective international managers their seasons should not end with Reading in May.

And Clarke, 52, believes that desire to be part of something special in France will ensure his players are at the top of their game for the next seven months.

“For the group it is good that we have a great squad here,” said the former Chelsea defender, who won six caps for Scotland. “I think it is good if you have internationals in your team, it shows you have real strength and depth in your squad.

“The fact their country is playing in the Euros at the end of the season gives them that motivation to go out and perform consistently for us. If they perform week in, week out then hopefully they can have a good season here and beyond.”

One of Wales’ history-makers Hal Robson-Kanu came back from international duty with an ankle injury.

But Royals boss Clarke does not begrudge the fact he spent two weeks working without half his squad.

“For Northern Ireland it is a fantastic achievement,” he said.

“Olly Norwood is rightly very proud of what his country has achieved and I find it incredible that a team in the fifth pot actually won the group. That to me is almost a footballing miracle.

“The Welsh team is slightly different. They are a good team. I think everyone looked at them and thought they could do well.

“They have done that and qualified comfortably. Hal came back a little bit down because he has picked up an injury which might put him out for a couple of games.”