‘West Ham way’ keeps on growing thanks to partnership with SCL 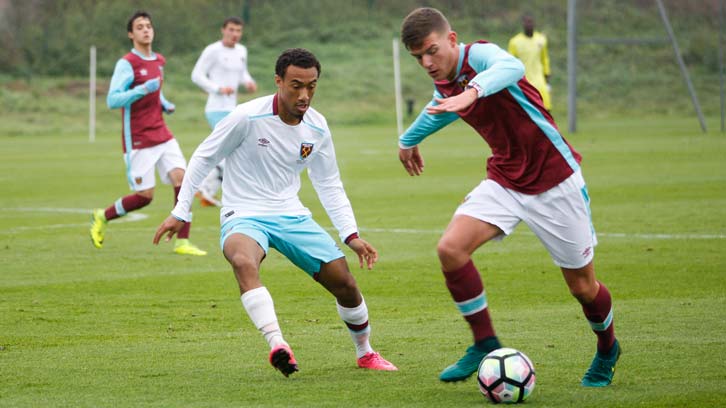 West Ham have had an illustrious history of nurturing and producing some of the best young players around in recent generations. The likes of Bobby Moore, Geoff Hurst, Frank Lampard and Joe Cole have all come through the East London club’s ranks, and now the Hammers are on the hunt for the next young stars.

For nearly 5 years, the West Ham United Foundation has run a 2-year training and education programme for 16-18 year olds called the West Ham United Foundation Learning Academy, in partnership with SCL. Starting with small beginnings, the pilot squad had less than 20 learners – today they have nearly 160 learners attending the course, an impressive feat.

Sam Taylor, Football Integration Manager at West Ham Foundation, has seen the programme grow and has played an integral part in its set up.

Sam grew up in the world of football. From age 9 to 18, he came through the ranks of West Ham United playing in the famous youth team that produced players such as Cole, Michael Carrick, Jermain Defoe and Glen Johnson. After spells with Darlington and AFC Bournemouth, Sam went on to play for over 12 years in non-league football representing Thurrock, Barking, Billericay, Boreham Wood, Bishop’s Stortford and Harlow, before finishing his playing career at Concord Rangers.

Retired at 28, Sam got an opportunity to work as a part- time coach at West Ham, where he was involved in the process of the club getting their Category 1 status. With the growth of the Foundation, he stepped across and, with growth of the programme, stepped up to more management of the programme. His invaluable experience from his playing days made him a perfect fit to help develop and nurture these young lads.

Talking about the growth of the programme, Sam told The FLP: “We try to improve every year, whether it’s facilities, equipment or staff, and SCL have matched that. It’s proof in the pudding that it does work.

“In terms of club facilities, equipment, links with the academy, most of our staff are linked with semi-professional clubs, we offer everything that a young player looking to get into the game or looking to push to a higher level needs. I think we are in a really good position to offer that.

“From a clubs remit, we have been tasked to hit areas that we have not worked before as a Foundation, working with SCL gives us that flexibility to not just be stuck in one venue.

“Initially the flexibility ticked all the boxes for us in terms of the growth of the programme. In the last few years for us, I would definitely say SCL’s professionalism and support and investment in more recruitment and more staff has been of benefit to the programme.

“We have had lads move and come and live with relatives so they can be part of the programme. “

The academy team at West Ham United Foundation consist of a great set up for the football with daily training from highly qualified FA coaches and guidance on football fitness and nutrition.

WHUFC coaching has been developed using the West Ham Academy philosophy of learning to play the ‘West Ham Way’. Couple this with a support network for the education from SCL consisting of tutors, curriculum managers, quality assessors and operations support, it’s a programme that’s hard to rival.

Sam told The FLP: “In terms of support staff, we have got FA tutors that work with us from different counties, London, Essex, Middlesex, sometimes these guys come and work with the players. We’ve got our training and workforce programme.

“We have a rotation policy; one coach will be assigned for matches but then we rotate that timely.

Sadly, not every learner who comes on to the academy programme will go on to play football but West Ham United Foundation see the programme as an opportunity to give young lads a chance and through giving them an education, this gives them a backup plan and opens up other options.

Sam said: “From my point of view and in terms of the Foundation, it’s giving opportunities to some lads who probably years ago would not have had these opportunities, and I was one of them who academically wasn’t quite strong but I could channel my energy into a sport.

“I think keeping these guys engaged, giving them the education, and then giving them the chance to step up and perform at a sporting level, that’s the shouting point for the Foundation, who we may have lost years back.

“We have had boys who have come on the programme from challenging backgrounds, whether it be family issues and not having the support, been in trouble with the police, and there has been a point in their life, where we have tried to affect as many of them positively as we can.

“We have lost a couple along the way, we have stayed in touch but they have gone on to do bad things and have been punished for it. But, we have also seen some lovely stories where you know these guys would have been that person but, thankfully, they have attained their degree or are in full-time work and got a young family.” 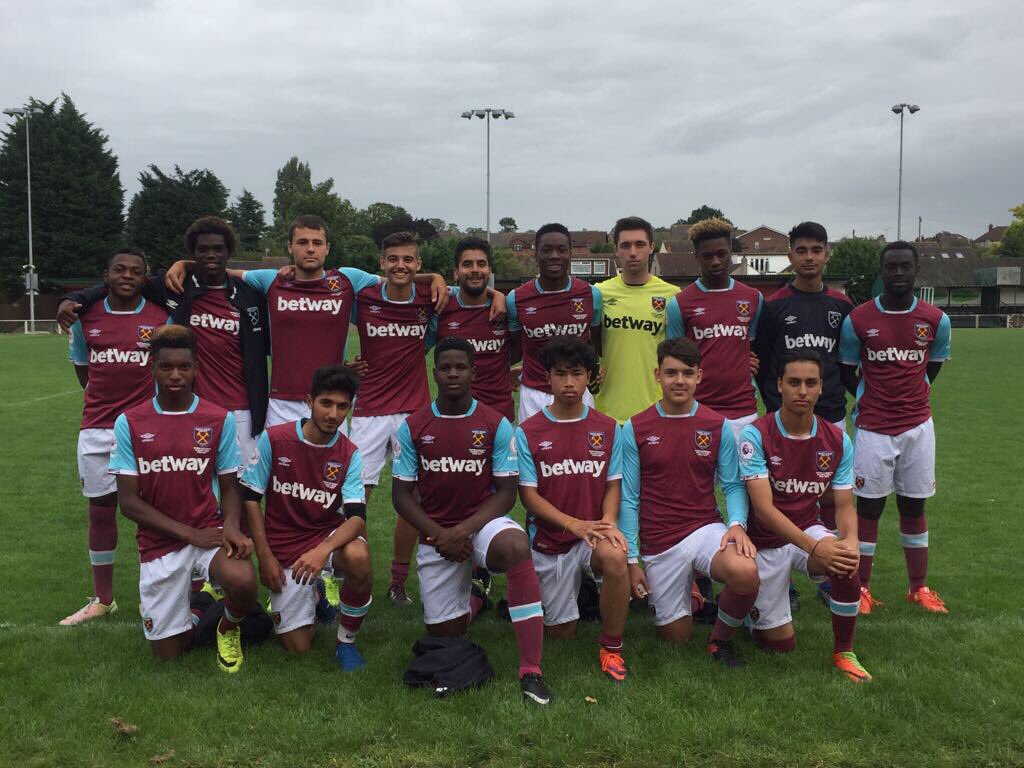 A lot of boys who come on the programme soon realise that if they want to play at a high standard they are going to have to put in the work.

“They see their end goal but, for example, the most basic is they are not playing men’s football.  So in terms of a football programme, it’s like ‘right guys, you’re telling me you want to be a professional player but you’re not even playing adult football on a Saturday’.

“We will try and do everything from a club and education provider point of view, we will do our utmost to make it happen.

“We have got from elite through to boys who are looking at the first step, some have never played football before, some have come from school teams and want to be part of a team and involved in football.

“The great thing about our programme is we have that pathway where we have our second chance shadowing the academy.

“They have that elite environment where they can be pushed and it’s been great for lads who think they are somewhere, they step into a couple of sessions with the U18s and even the U16s and they understand where they have got to be and what targets they need to hit if they are going to be anywhere near that standard.

“Going into a full-time training programme, it’s amazing how you start to see a difference in the standards of the players.

“So it’s looking at the level of learners, trying to get them into adult football. We’ve had boys go on to play semi-professional football which is great.”

West Ham United Foundation currently have 5 teams in the SCL Development League, giving learners more opportunity for competitive matches. Talking about SCL’s League, Sam said “The Aoc college league is great for the lower level footballer, The SCL league works really well in that mid to better standard of football provision.  We like the way it’s managed and the way it’s run and there’s quite a hands on secretary, he’s good to work with.”

West Ham United Foundation and SCL pride themselves on monitoring learners’ development on and off the pitch.

Sam told The FLP: “If someone excels on the pitch, great, you can potentially be in this squad, what are you like in the classroom? That’s when the tutor comes in and works with them.

“If the boys are going to be effective with the football, they need to connect to the education. We are constantly telling these guys: it’s education, education and the football comes secondary.

“Through regular contact from the tutors and Emma who oversees our region, we are daily, weekly seeing who is attending, who is not attending.

“In terms of the education, definitely the boys are getting tested.

“It’s a fantastic qualification, the options we have got for some of our exit routes in regards stuff we can offer as a club and SCL can offer as well. It’s perfect for the level of player we get onto these programmes.”

Glenn Pennyfather, SCL Education Group tutor, told The FLP: “They are all keen to do work as well and they have the opportunity to learn in a fantastic environment.

“They have had some great people come in and do talks and they realise this could lead on to a degree. West Ham have really shown them the opportunities they could have if they work hard and get their head down.

“They get to play football every day and not many people get to do that. On top of that they get educated which we know is vitally important. It’s important because once they have finished with us, once they’re 18/19, they’ve got to go out into the big wide world and they have to be able to work and make a living.”

The programme boasts some great successes in both the academic and football arena.

Sam said: “The exit routes and the work placements for them, that’s one of the most important parts of the programme.

“When they came as a 16-year-old lad, they probably never thought they would get into coaching, education or mentoring. In my role, I am as happy to see that happen as much as some lads going round and travelling with the U23s.

“Depending on what sort of route they want to go down; our Foundation degree tutor would have already spoken to most of our group.

“Making these boys understand that, if this is the route you want to go down then you need to start speaking to Andy, these are the qualifications you need to hit.

“It’s great to see players who have gone down university routes, maybe take up teaching qualifications.

“We had a lad, Prince, last year, went out to the States, got a full scholarship, again great case studies for our players where we can show them that these are avenues these players took, look we can help you get there, but this is what we need from you.

“I’ve had guys come through, some are good at football but some are our weaker players but they are working within the Foundation now, they’ve gained their coaching qualifications, they have gone into our delivery across east London and Essex.” 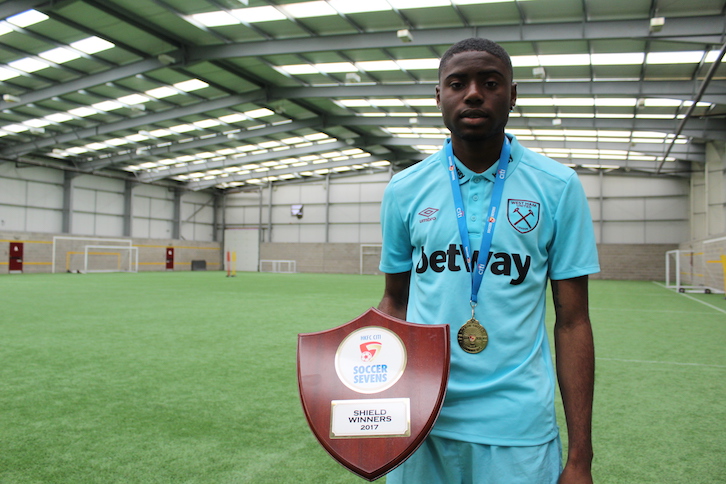 “Roque Nchaso, last year from our Chadwell programme, got invited out to the Hong Kong for the HKFC Citi Soccer Sevens with a mixed U18s and U23 squad, then he got asked back to pre-season training, played in a couple of pre-season games.

“That’s a fantastic case study for us because Roque come over last year, wasn’t really involved in football. Off the back of that, he got called out to the Equatorial Guinea national side.

“He went out to Africa two months ago with the national team and he’s out there now playing with professionals from other countries.”

LOOKING TO THE FUTURE

Talking about the future of the programme, Sam told the FLP: “Based on what we have done this year, I can see it running on many more years to come. We just want to give the best experience to these boys. Giving them every opportunity which is possible.”

Steve Franks, Managing Director, Education and Training at SCL Education Group told The FLP: “We have been privileged to work with West Ham United Foundation for the last 4 years and have developed a fantastic working relationship with them.

Bryan Glover, Head of Football Development, told The FLP: ‘It is fantastic to see West Ham United Foundation SCL Learning academy’s growth over the last 4 years. It shows what a great programme we jointly deliver and look forward to the future expansion into London and Essex.”