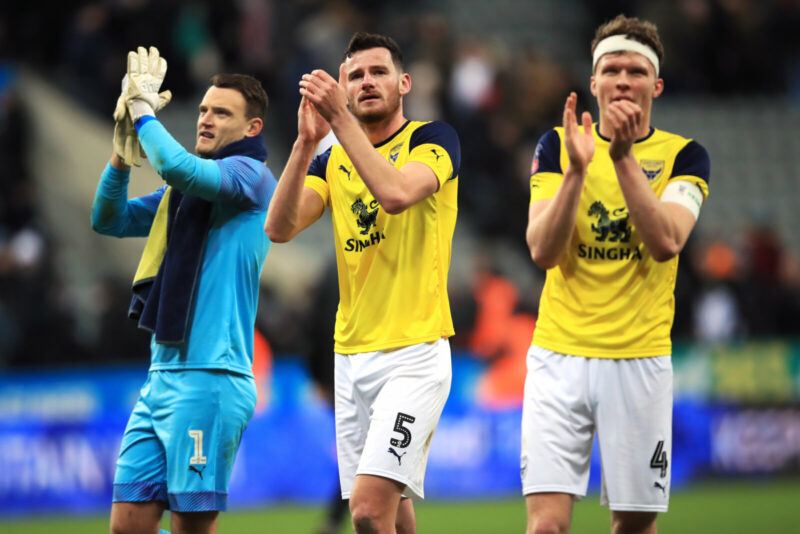 IT’S normally strikers who bag hat-tricks, but Oxford United keeper Simon Eastwood wants one of his own on Tuesday night – a third FA Cup clean sheet against Newcastle.

The 30-year-old saved an Aleksandar Mitrovic penalty as the U’s stormed to a 3-0 fourth round success against the then-Championship Magpies three years ago. He followed it up with another shutout as Karl Robinson’s men battled their way to a goalless draw at St James’ Park last Saturday.

It’s put him in a positive frame of mind as Oxford prepare to meet the Toon Army in front of the television cameras in midweek for the right to visit West Brom in the fifth round.

“Tuesday will be a good game for the fans and it is going to be on the BBC so it is a good platform to go and show what we are all about,” said Eastwood.

“When you play a Premier League club, it is always going to be a big one. We have given them a really good game at their place and we maybe should have won the game.

“We had a couple of good chances at the end to win it and we were a little disappointed we didn’t. Hopefully, we can take the chance to get to the next round from the replay.

“The cup is kind of a free hit for us and nobody is expecting anything. We are playing a Premier League club so we can play with the same confidence as last week and see what happens.”

Eastwood still looks back fondly at that memorable 3-0 win against a Magpies side then led by Rafa Benitez in 2017.

“It was three years ago in my first season at Oxford, so the penalty save was a big moment for me,” the former Blackburn and Portsmouth man said.

“To keep a clean sheet was a big achievement. To do that again against a Premier League side shows your quality. We have to try and repeat that performance.”

With a League One promotion challenge their primary concern, Oxford – who thrashed top-flight West Ham 4-0 at the Kassam Stadium on their way to the Carabao Cup quarter-finals earlier this term – could be forgiven for keeping most of their focus on non-cup matters

A stuttering start to 2020 has seen Robinson’s troops slip down the table and they were four points adrift of the top six ahead of the weekend’s fixtures.

Yet Eastwood insists doing well in the cup can only aid Oxford’s league form.

“A few weeks ago we were second in the league and now we are in a position where we have missed a game for the cup,” he said.

“It is still important to do well in the cup and we always seem to have good runs in both cups, so we want to use it as a positive.

“To beat a Premier League club at home would be great, and winning games in any competition is only going to give us more confidence. We want to get into the Championship, and that has to be our main priority for the remainder of the season.”