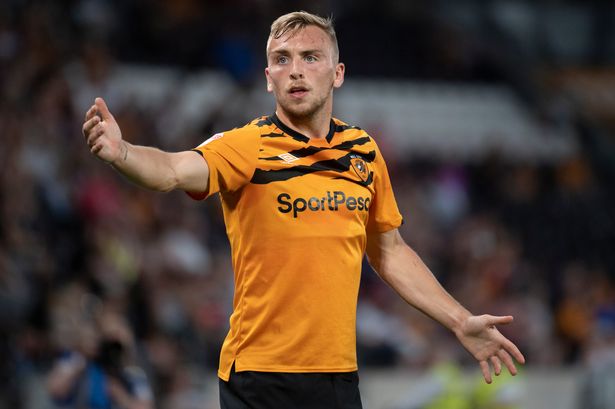 That is according to Sky Sports, who are also reporting that Bowen has garnered interest from the likes of Premier League sides Newcastle, United, Southampton and Crystal Palace. The 22-year-old has already bagged 10 goals from the wing this season and has been offered a three-year deal by the Tigers amid his splendid form.

While he’s understood to be bent on remaining with his current club, Hull are said to have placed a value between 15m-20m for the attacker. The Tigers are currently sitting in mid-table and are farther from the play-off spots than they were before losing to West Bromwich Albion on Saturday but they’re still keen on pushing for promotion and the player wants to stick around and do his part to help them get there.

His current deal ends next summer but there’s also an option for an additional 12 months fixed into his contract, while it appears that the forward could settle minds within Hull’s hierarchy after the international break.

“The offer’s obviously been made but my agents are always keep everything away from me,” he said. “They don’t want it to play on my mind because the way I am at the minute.

“They want me to continue in this form, especially where we are in the league and the results that we’ve had. I let them take care of that and then we’ll go into the international break, speak about it and see where we go from there.”

Meanwhile, the ink on Grosicki’s deal is set to dry up at the end of the season while De Wijs has 18 months left on his contract.

Southampton could use another man in their attack this term after falling to 19th on the Premier League table and are reported as being the frontrunners in the race for Bowen. Of course, that’s providing that he wants to leave the KC Stadium in January.

The Tigers are 100/1 to win the Championship with Karamba at the moment and interested fans could browse through a Karamba sport review at OddsManager. The bookmakers are also offering 7/4 odds on a Hull City victory when they face Middlesbrough after the international break, with a draw at 11/5 and a Boro victory set at 29/20.

Meanwhile, Southampton are 3/2 to get relegated to the Championship at the end of the season while an unlikely top 6 finish is at 80/1. One would imagine it would be even harder for them to get into the top four but there are 500/1 odds on offer as it relates to just that.