In this modern era of Jim White, ‘Arry’s car window interviews and Sky Sports’ yellow ‘Breaking News’ bar, no deadline day goes by unnoticed or without a few surprises.

And while most of the attention goes to the Premier League clubs spending exorbitant amounts of money on a wide range of players, there is always plenty of noteworthy transactions taking place in the Football League.

Last night was no different. We saw a busy day at Birmingham City, ins and outs at Exeter and a non-league sensation finally getting his chance in the Football League.

So with that said, let’s take a look at five Football League transfers that took us by surprise…

26-year-old Sam Winnall only joined Sheffield Wednesday in January of this year, joining on the back of a prolific spell with Barnsley.

He didn’t quite manage to replicate the phenomenal form he showed for the Tykes, but he still registered four goals in 15 league games. One of those goals came this season, to rescue a draw against QPR.

So it is somewhat surprising to see Sheffield Wednesday send him on loan to a potential rival for promotion. He’s only been at the club for a short time, and hasn’t disgraced himself by any means.

An explanation for this may be the fact that the Owls have plenty of other forward options in the form of Jordan Rhodes, Steven Fletcher, Gary Hooper and Fernando Forestieri.

Winnall’s departure was part of a swap deal for Derby midfielder Jacob Butterfield, who moves to Hillsborough on a season-long loan also.

These departures come in conjunction with the club’s decision to let talented midfielder Will Hughes leave for Watford earlier in the summer. Although Derby have done midfield business of their own this summer – bringing in Tom Huddlestone and Maikel Kieftenbeld – the departure of this talented trio is slightly baffling.

Hughes’s sale was inevitable, although Rams fans would be forgiven for hoping for a bigger fee, but the decision to allow both Bryson and Butterfield to leave as well may come back to bite Gary Rowett’s side.

Depth is so important in a division as competitive and frantic as the Championship, where so many games are played against so many evenly matched teams, meaning that it’s a real boon for a manager to be able to bring on players of the experience and quality of Bryson and Butterfield.

Rowett no longer has that option, although his Derby squad is by no means depleted. Only time will tell whether it was a wise decision to let all three of these midfielders leave in one transfer window, especially when there was no fee for two of them, but Rams fans will be hoping they don’t come to reject this deadline day by the end of the season.

The nomadic career of Steve’s son continued yesterday as he signed for his second team in a month. Bruce had already featured for Bury this season, after signing for the club on non-contract terms earlier this summer, and actually scored 15 minutes into his debut against Wigan.

However, he left the Shakers by mutual agreement on August 30. A day later – transfer deadline day – and Bruce was employed once again, joining Bury’s fellow League One side Wigan Athletic on a deal until the end of the season.

The Latics are the twelfth club of Bruce’s career and his second of this early season. Where he goes after this season is anyone’s guess.

At this point the only surprise is that Jonny Williams is still at Crystal Palace.

How many loan spells are they going to send this guy on? It’s five now for the record. Clearly Crystal Palace do not see Williams as a consistent member of their squad. If he can’t get in this Palace team that seems to be capitulating before our eyes then he’s never going to get in the team.

Therefore they should just sell him. Williams has been a promising prospect for many years now, enjoying loan spells of varying success. But his once exciting career appears to be stagnating while the Palace hierarchy decide what to do with him. As ever this deadline day, the answer was to farm him out on loan.

Sunderland are getting a decent player, there’s no doubt about that, but it’s frustrating to see the Wales international’s career stall seemingly never-endingly. The surprise is that no one at Crystal Palace has thought the same thing.

For a long time it looked like it wasn’t going to happen. It seemed that Dave Tarpey was just one of those players who was destined to be a non-league sensation but never get a chance at the big time.

As it turns out, Tarpey will get his chance. He joined Barnet last night, as the Bees got the deal over the line in time before the window slammed shut.

The 28-year-old scored 46 goals in all competitions for Maidenhead as they won promotion from the National League South last season, and has already bagged seven goals in six games this campaign. He’ll be looking to transfer that form seamlessly into League Two.

Hopefully in the light of the success that players like Jamie Vardy, Andre Gray and Charlie Austin have had at the top level, the signing of non-league standouts by Football League clubs won’t be such a surprise. 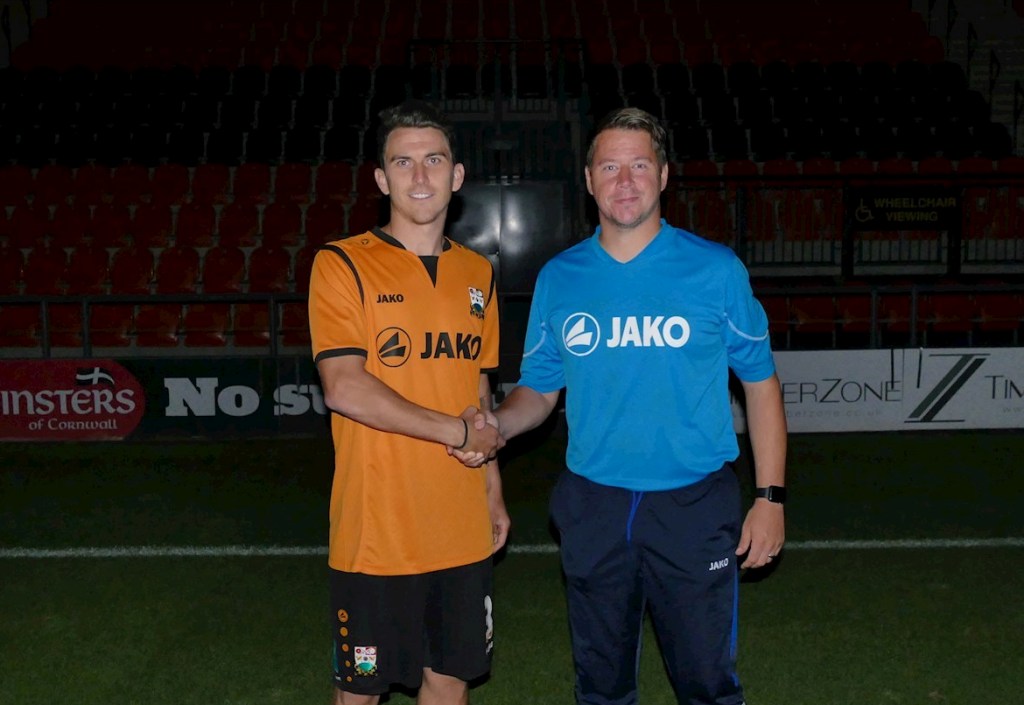