BEING AT Boothferry Park on the day Millwall reached the promised land of the First Division for the only time in the club’s history is written into South London folklore.

It has become the Millwall equivalent of being at the Sex Pistols’ first gig at the Free Trade Hall in Manchester or being in the Blind Beggar the night Ronnie Kray murdered George Cornell.

The vital goal came from the penalty spot after only 13 minutes and was coolly smashed home by winger Kevin O’Callaghan to earn the Lions a seventh successive win and promotion.

The only previous time they had come close to playing in the First Division was in 1971-72,  when they finished third in the Second Division two years before promotion for the top three was introduced.

Jimmy Carter played on the wing at Hull that day and remembers that nobody was going to stop the club from claiming a spot among the elite.

“We really felt invincible. We were going out to play super-confident home and away,” he said. “We started to believe six or seven games from the end of the season and just steam-rollered everyone.

“It was a run where nobody could catch us. It was a magical time for everyone. We weren’t sitting at the top all season. It all came from a late flurry.

“The penultimate game of the season we went up to Hull knowing a win would have us going up as champions – and it was never ever in any doubt.

“It was a poor game. Cally, (O’Callaghan) as cool as a cucumber, stepped up. We couldn’t add to it but the final whistle was absolute jubilation. The fans were straight on the pitch.

“We got our shirts, shorts and socks ripped off us and we got back into the dressing room in just our slips. We found some T-shirts and went back out. It was the first time I’ve ever seen grown men cry.”

It started a party the likes of which South East London had never seen before, but came at a cost to Brian Horne, Teddy Sheringham, Steve Wood, Dean Horrix and Sean Sparham.

“There was talk of us going out that night,” said Carter. “We had stayed in Hull, but John Docherty thought there might have been a bit of a commotion if we went out night-clubbing.

“So he hired out a room and had a few drinks. But a few of the boys ended up sneaking out to a nightclub and ended up not getting in until four or five in the morning.

“Doc got to know about it and woke everyone of them up and got Roger Cross, our youth team coach, to drive them back to London at about six because there was a reserve team game at The Den at 2pm.

“Four or five of the team who had just been promoted were playing in a reserve team game in front of about 30 people, all totally hung over. It was typical Millwall.

“We lost the last game of the season, 4-1 at home to Blackburn Rovers, because we had been out on the beers all week!” 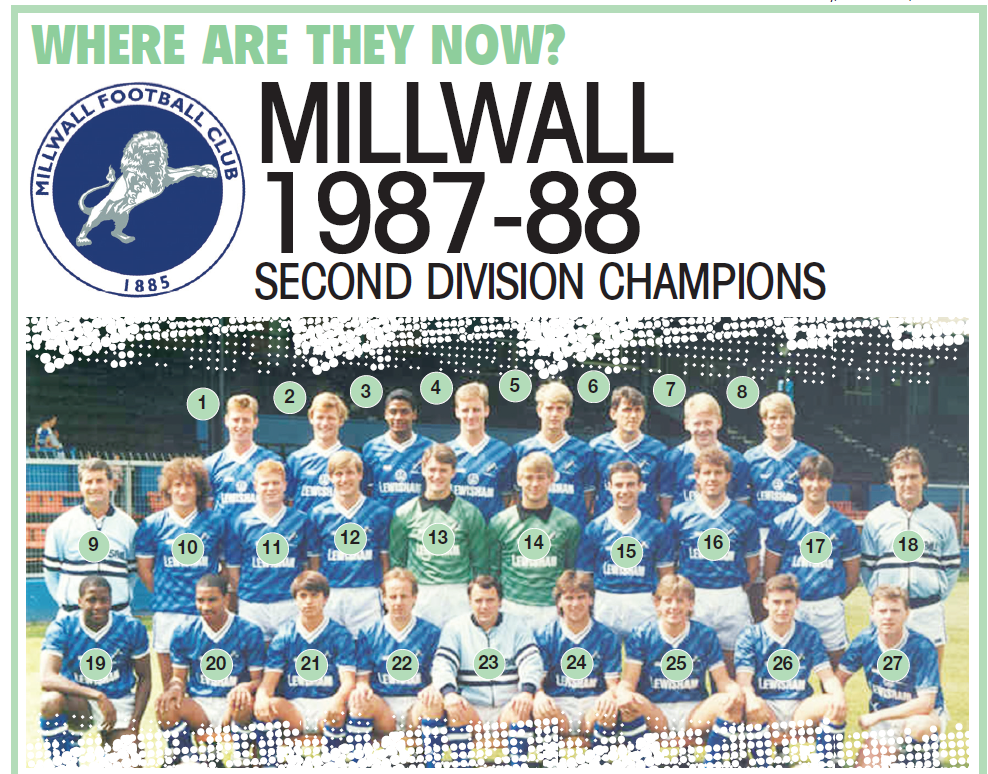 This article originally featured in The FLP on 6 November 2016. Subscribe: http://bit.ly/FLP-Subs 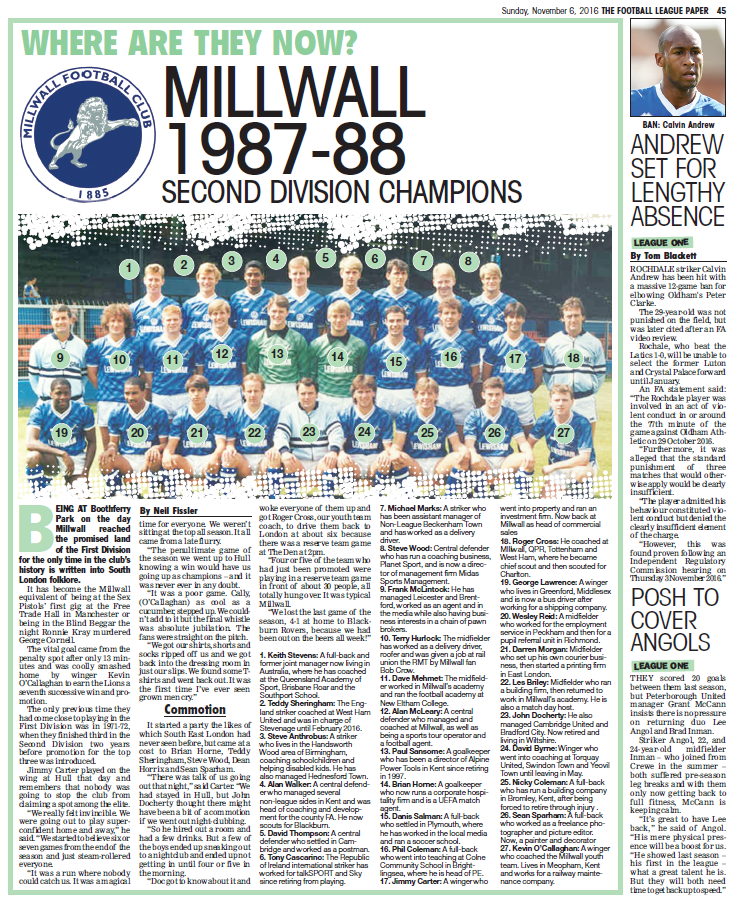