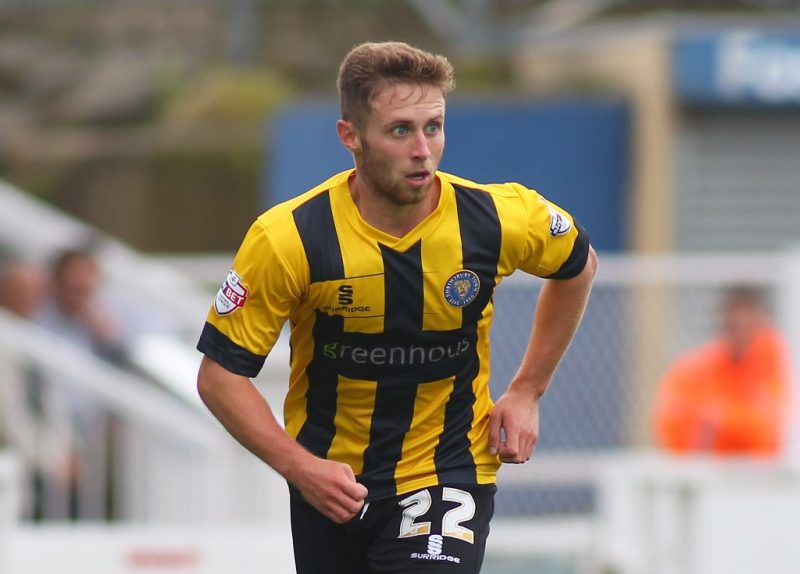 It is a tough one because I used to go to Barnsley a lot when I was a young boy. I was a ball boy and got to watch a lot of their matches. Seeing the team I wanted to play for every week was amazing and I used to go wild for every goal they scored. The game that stands out most was against Chelsea in the FA Cup in 2008 when Kayode Odejayi scored the winner – that was amazing.

I always looked up to David Beckham. I liked Manchester United when I was younger and had a lot of their kits. I grew up when they were the dominant team and winning the treble. Beckham did a lot for United and for England, and at the time he was the biggest player in the world. I remember that goal against Greece vividly and he was the icon of the day.  I was also a big fan of Ryan Giggs, who was just amazing.

They were Adidas Predators and my dad bought them when I was playing for my local team, Hoyland Common Falcons. They were cream with red stripes and I think I must have cried for them because my parents bought them for me before a big tournament in Blackpool. They were David Beckham boots and I kicked and screamed to get them.

I am a big Barnsley fan, but my first kit was actually a Manchester United one from when they won the treble. It was the official one with Beckham’s name on the back. I used to collect a load of kits from everywhere: Barnsley kits, United kits and England kits. I used to have a load of them handed down to me, as well, from a friend, who was a little older and grew out of them.

It was for Barnsley against QPR at Oakwell in the 2010-11 season. It was a complete blur. I was really happy to be on the bench after training with the first team. I was just a first-year scholar then, so to train with the first team was great. Mark Robins told me to get warm and I played for the last 30 minutes in a big Championship game. QPR were a good team then and  had Adel Taarabt when he was on fire.

I have not scored as many goals as I would have liked, but my first was for Shrewsbury two years ago against Luton. I scored two that day. The first was a ball over the top ,which I got on the end of and finished, and the second was a free-kick that the keeper fumbled in.

Touch wood, but I have never been sent off and I don’t get many yellow cards, either. I like to work hard but my dad has always said I am not a good defender and I don’t like tackling very much. I leave it to the guys at the back!