Where Are They Now? Swindon Town’s League Cup semi-finalists 1979-80 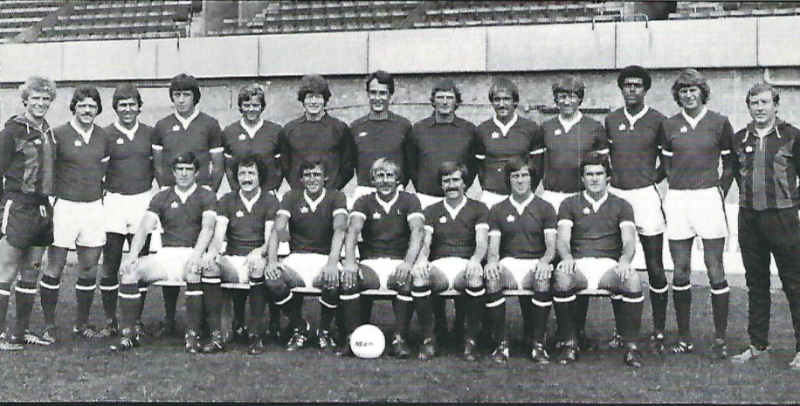 THE greatest day in the history of Swindon Town came in March 1969 when they became only the second Third Division club to win the League Cup.

Goals from Bobby Gould and a Don Rogers double in extra time enabled Swindon to pull off a surprise 3-1 win over Arsenal at Wembley – and it’s still celebrated to this day.

Russell Lewis, who played centre-back in 1979-80, says the League Cup Final triumph remained fresh in the memories of everyone.

“When we got to the semi-final [of the League Cup], there was a bit of talk about 1969, but we didn’t feel any added pressure. We had our hands full in playing against quality teams.”

The Robins were on the Wembley trail again after despatching Portsmouth, Chester, first division Stoke after a replay and Wimbledon.

In the quarter final, ironically they were drawn to face Arsenal at Highbury.

Billy Tucker earned them a replay after Alan Sunderland had given the Gunners an early lead. The replay at the County Ground was a cliff-hanger.

Swindon went 2-0 up and then 3-1, thanks to own goals from Steve Walford and John Hollins and an Alan Mayes strike. Arsenal hit back through Liam Brady’s second of the game and Brian Talbot, who took the game into extra time only for Andy Rowland to slam home the winner.

“If you have a look at the team sheet not many people gave us a chance at Arsenal because they had quite a strong team at the time,” said Lewis.

“Highbury was a top stadium and I’ll always remember the heated floor in the dressing room, but the atmosphere at the County Ground for the return game was electric.

“It was incredible with more than 21,000 packed in. To get that many at the County Ground was almost unheard of.

“We were coasting in that game and, when Arsenal equalised, I thought our chance had come and gone but Andy Rowland – what a player!”

The win over Arsenal secured a semi-final against Wolverhampton Wanderers, with Rowland and Mayes giving them a 2-1 win in the first leg at Swindon.

A week later, Bobby Smith’s side went out of the FA Cup after a fourth-round replay at Tottenham

They then lost the semi-final second leg at Molineux 3-1, with Ray McHale scoring from the penalty spot.

After that, the season went into freefall and they finished an unhappy tenth.

“The most disappointing game was at Wolves after we’d won at home. We were denied a penalty and then Wolves went on to score a dubious goal,” said Lewis.

“Then, Alan Mayes was going through and Paul Bradshaw made an horrendous challenge on him which sticks out in my mind.

“Wolves went on to win the League Cup against Nottingham Forest, while we had a holiday to Spain and then struggled to win a game and missed out on promotion.” 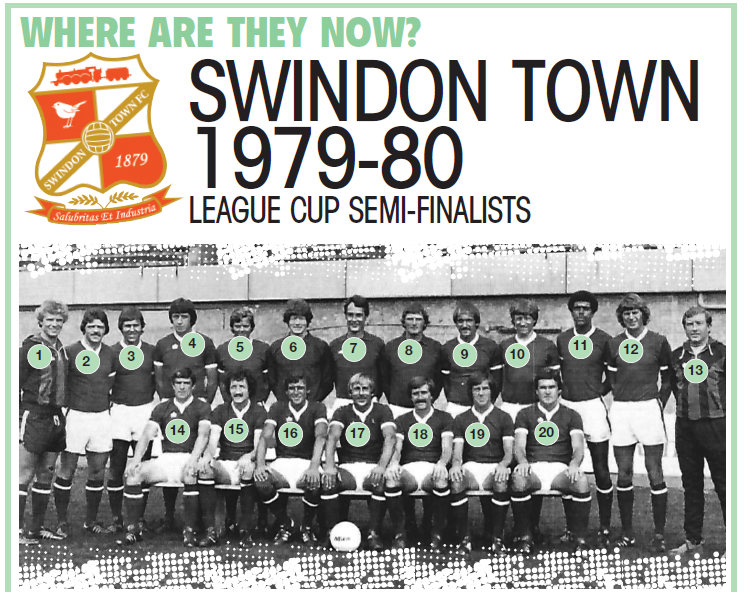 Steve Abbley: A winger who is now chairman of Quick Move Properties, as well as Cirencester Town FC.

Glenn Cockerill: The midfielder managed Woking and Winchester and now lives in Surrey, working as a painter and decorator.

David Peach: A full-back who went into the building industry after running a fish business and has worked as a site and contracts manager.

Tagged Russell Lewis, Swindon Town, Where are they now?