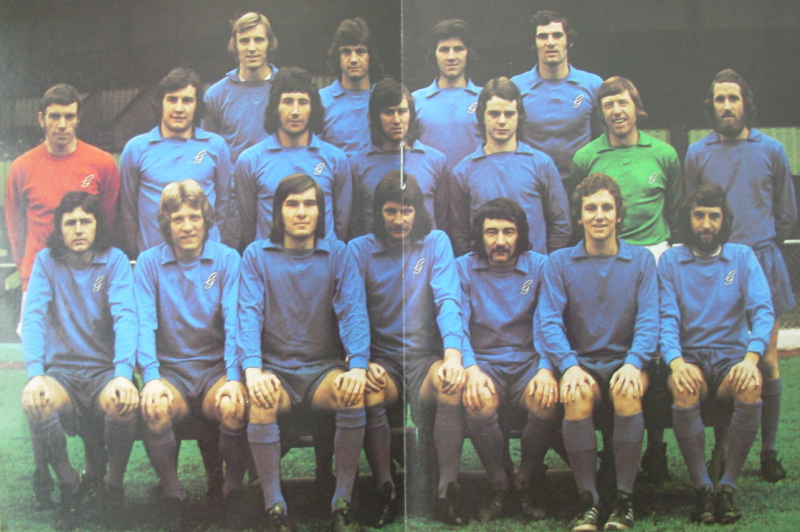 BRIAN YEO admits he almost quit football and would have missed out on one of the highlights of his long playing career.

But he is still disappointed that his club record-equalling 31 goals were not enough to win Gillingham the Fourth Division title in an otherwise memorable season.

Nobody has scored more goals for the Gills than Yeo, who was in the twilight of his career when he equalled Ernie Morgan’s long-standing club record.

Yeo had arrived at the club from Portsmouth a decade earlier.

Gills won the Fourth Division title in that first season, even though he didn’t play enough games to qualify for a medal.

And, after finishing leading scorer in the entire Football League in 1974, it was enough to persuade him to scrap plans to retire and to continue playing for one more season.

“I had bought a newsagent’s the year before, and the wife more or less ran it that season,” he said. “I was going to retire at the end of the season because I thought it would be good to end on a high note.

“Len Ashurst came to see me after Andy Nelson left for Charlton and asked me to do another season. I said yes but said he needed to look for another striker.

“Looking back I probably bought the business too early.

“If I had my time again, I probably would have stayed playing for another two or three years then bought the business.

“You cannot do the two. They don’t mix. I played on part-time, but it didn’t really work out if I am honest with you.”

The Gills used only 19 players all season, with Dick Tydeman and George Jacks playing in all 49 league and cup matches.

Behind Yeo in the scoring list were Damien Richardson (18) and Alan Wilks (15) as Gillingham clocked up 62 points.

But they fell three points short of that season’s champions, Peterborough, in second place, while Colchester United and Bury made up the remaining two promotion places.

Yeo is quick to credit the style of player that Andy Nelson introduced as the principal reason for him scoring so many goals.

“I think it was the best season I had there without any doubt,” he said.

“Andy had a lot to do with it. His style of football was to go out and attack as much as we could.

“We scored something like 90 goals that season because he got me doing what I did best and that was getting in the box.

“And, if it wasn’t for Andy, I don’t think I’d have got as many goals as I did in those last few years.

“I scored 31 and, from my point of view, he got us to play the game in a simple way.

“Even when we went away from home, it was a case of us scoring more goals than the opposition, but we were disappointed that we didn’t win the league.

“Peterborough always seemed to have games in hand on us and never slipped up, but we played some great football and should have won it.”

David Peach: A full-back who lives in Milford on Sea, from where he started his own building business.