Home / Features / Where Are They Now? Luton Town 1973/74 promotion winners

Where Are They Now? Luton Town 1973/74 promotion winners 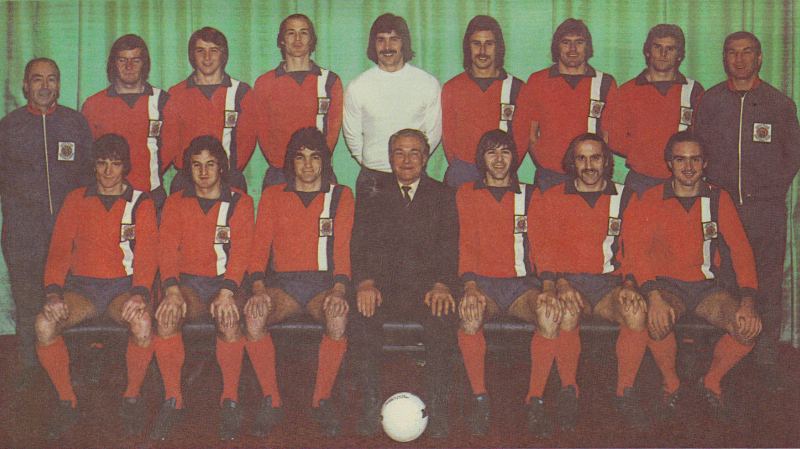 ALAN WEST was one of the final pieces of the jigsaw that saw Luton Town promoted three times in seven seasons.

Midfielder West had found himself out of favour at Burnley, making only two brief appearances in the side that had won the Second Division title 12 months earlier.

But when Luton manager Harry Haslam needed a couple of signings to boost his promotion- chasing squad he turned to West along with Everton’s Jimmy Husband.

The result was the club climbing from the Fourth Division to the First Division, finishing runners up in the Second Division 15 points behind Jack Charlton’s Middlesbrough.

West says:  “I joined in October 1973. Luton were in the top three or four when I signed and they had promotion hopes.

“Myself and Jimmy Husband came within a few weeks of each other and we were the final pieces of the jigsaw that Harry Haslam was putting together for this push for promotion.

“They had a board of directors with Eric Morecambe as chairman and  were very anxious to do well. Gaining promotion to the First Division was the icing on the cake.

“I had been happy at Burnley having joined them from school but Luton was a good move.”

The Hatters found themselves in a clutch of four or five clubs all hanging onto Boro’s coat tails and trying to to haul themselves into the top flight.

West remembers Luton were promoted with a game to spare – at WBA a club just outside the hunt themselves.

“We gained promotion in the penultimate game of the season at WBA. We only needed a point which was a good job because our last home game was against Sunderland and we lost 4-3.

“But as we had already gained promotion the pressure was off.

“Middlesbrough had run away with the league and there were a few clubs in the hunt.

“Carlisle, Blackpool, Sunderland and Orient were all battling away but we managed to get that result.

“I remember Barry Butlin who was magnificent in the old centre forward’s role that season got the vital goal.

“I played in midfield with Peter Anderson and Jimmy Ryan. Peter was a great player and finished that season as our second highest scorer behind Barry.”

Steve Litt: The central defender settled in Minneapolis-St. Paul in the United States and has run a painting business for 28 years.

Keith Barber: The goalkeeper is now based in the Newmarket area and has worked for a firm that supplies starting stalls for racing.

Peter Cruise: The England amateur international midfielder lives in Essex and has been a London cabbie for over 30 years.

Billy Holmes: The forward was a warehouseman before committing suicide in December 1987 aged just 37.

John Sims: The forward managed and settled in Torquay where he became a publican.

Tommy Finney: The Northern Ireland international midfielder managed Histon and Ely and has been employed in the security industry.

One thought on “Where Are They Now? Luton Town 1973/74 promotion winners”