Wigan close gap on Shrewsbury with emphatic win at Walsall 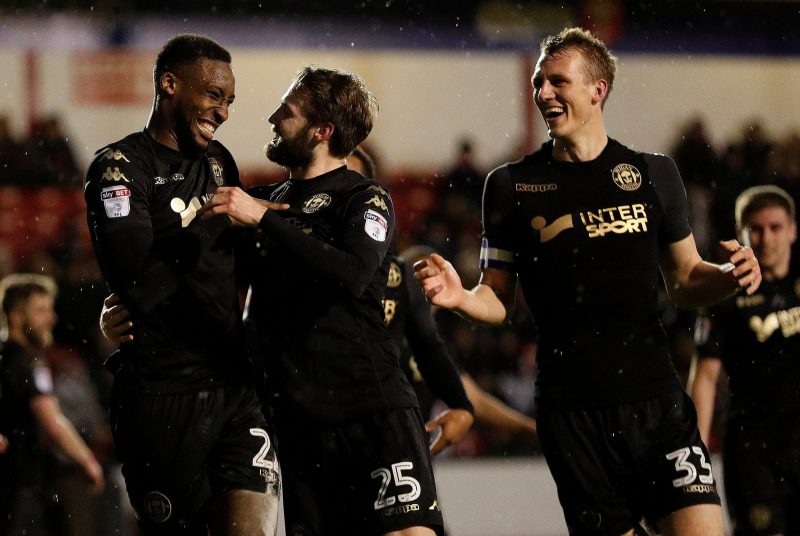 All three goals arrived within a nine minute period towards the end of the first half as Michael Jacobs, Jay Fulton and Chris Dunkley all got on the score sheet in quick succession. Victory for the Latics puts them just a point behind Shrewsbury with two games in hand. Meanwhile, defeat for Walsall keeps them just four points above the League One drop zone.

Wigan’s first goal arrived just after the half hour mark as former Wolves midfielder Jacobs connected with Nick Powell’s cross at the far post to beat Saddlers keeper Liam Roberts. The lead was doubled minutes later as Fulton reacted quickest to a parry by Roberts to calmly tuck the ball home. The goal scoring was then completed as Dunkley capitalized on a mistake by the Walsall keeper to bundle the ball into an empty net.

After the full time whistle Latics boss Paul Cook  expressed his delight at the result. The 51-year-old told reporters, “I’m delighed with the result, especially after the FA Cup game on Sunday. Everyone was so captivated by that, so it’s pleasing to come here and put in such a strong performance.

“I think we’ve got that goal-scoring trait in us – we’ve done it numerous times this year, including at Wimbledon – but without that work ethic the individual quality we have counts for nothing.”