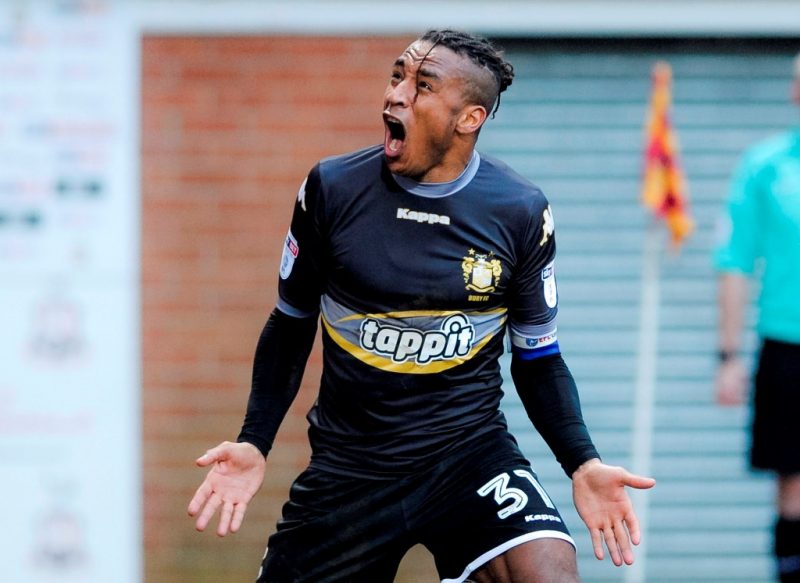 RYAN Lowe’s appointment as Bury manager has given Neil Danns just the fillip he needed after admitting that he pondered retirement earlier in the season.

In January, former interim boss Lowe was installed, alongside Ryan Kidd, until the end of the season to replace the sacked Chris Lucketti as the Shakers scrap for League One survival.

With promotion and survival on the line, check out the latest betting signup offers you need to make the most out of your online betting experience.

One of his first tasks was bringing 35-year-old Danns back in from the cold, and the former Leicester midfielder cannot thank him enough.

Danns wasn’t given a shirt number at the start of the season under former manager Lee Clark, who was axed in October, and forced to train away from the first-team squad.

This season has been a rollercoaster for veteran Danns, who has gone from the wilderness to captaining Bury for six straight games heading into last weekend’s clash with MK Dons.

“Before the gaffer took over, I was starting to have thoughts about retirement, due to the other managers,” he said.

“You have managers that try to bring you down and test you, and that’s what happened with Lee Clark, to be honest.

“He didn’t give me a chance or opportunity and then called on me after three months of no training with the main team to play in a game within a week. I was doubting myself then.

“This has probably been the craziest season I’ve had in my whole career, but Ryan has come in and completely steadied the ship.

“Most of the games I’ve played have come in the last few months. It’s a massive thanks to the gaffer because he’s made me captain.

“I’m giving my all and I think my experience can help others. I’m privileged to be able to walk the team out.”

Despite improved results of late under Lowe, the Shakers still look odds on to suffer relegation. Pre-weekend, they were bottom of the table, nine points from safety.

But Danns has called on his teammates to keep faith in their own abilities in an attempt to pull off a great escape.

“We have to keep believing that we can get out of this predicament,” he said. “We need to keep fighting which we will do.

“We need to have a mindset where we’re all in this together and have to scrap for one another. We know it’s not impossible and it can be done.”

Away from football, the former Crystal Palace and Bolton man has been studying music engineering, but he is most in tune with his family life, with the exploits of his 12-year-old son Jayden, who is at Liverpool’s academy, providing him with a source of extra motivation.

“Some people like to play golf but, for me, it’s about producing music or playing guitar,” said the midfielder.

“I want to look at opening my own recording studio after football, potentially. Football is a short career and I need a different avenue to explore.

“I’m in the last year of my contract at Bury but I’m just enjoying football and I want to be in a happy place.

“I have a family and I’m not looking to travel too far. My little boy plays for Liverpool in the academy and I can’t be moving around the country now.

“He’s probably keeping me going. When I finish training, I come home and he wants to practise as well, so I’m doing extra practice every day.”