Lisbie: ‘Change is needed at Charlton’ 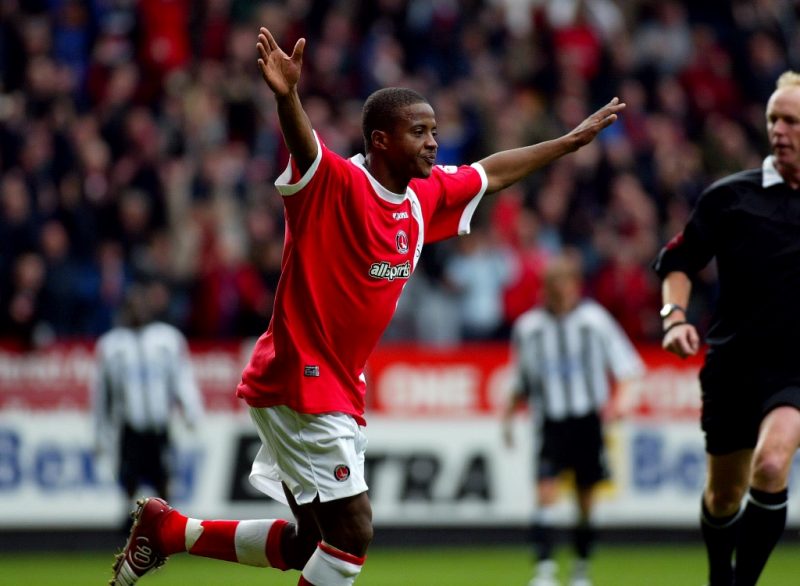 THERE was one overriding emotion that consumed Kevin Lisbie when he attended a Charlton match last season – sadness.

The 39-year-old striker spent 11 years at the south London club, playing more than 100 Premier League matches in a successful period for the Addicks.

But the club have slipped down the leagues, currently finding themselves in League One. And their decline has stunned Lisbie.

“I went to the final game of last season (against Swindon) and it was quite sad to see The Valley so empty,” he said. “I remember there being 25,000 people every week, and then to go there and see around 5,000 was really sad.

“There were a lot of people who looked quite upset and sad about the situation. Even though they weren’t in a position where they were going to get relegated, it looked like they were getting relegated.”

Many fans have called for owner Roland Duchatelet to sell the club, and the Belgian businessman has admitted that is a possibility following the resignation of CEO and director Katrien Meire this week.

Lisbie says the supporter are desperate for a passionate owner, to help take them back up the Football League.

“Even if Charlton got promoted, I’m not sure everybody would be happy,” he claimed. “I think people want new owners in and someone who cares about the club.

“The fans are very passionate and they really care about the club. They want someone who also cares about the club and wants to see it go in the right direction.”

Lisbie’s career in the Football League spanned more than 20 years, but there’s one moment the striker doesn’t need reminding of. After spending three seasons at Leyton Orient, Lisbie led the line at Wembley in the League One play-off final against Rotherham in May 2014.

After Orient surged into a 2-0 lead, a sensational double from Alex Revell took the game to penalties, where Orient suffered shoot-out heartbreak, losing 4-3. 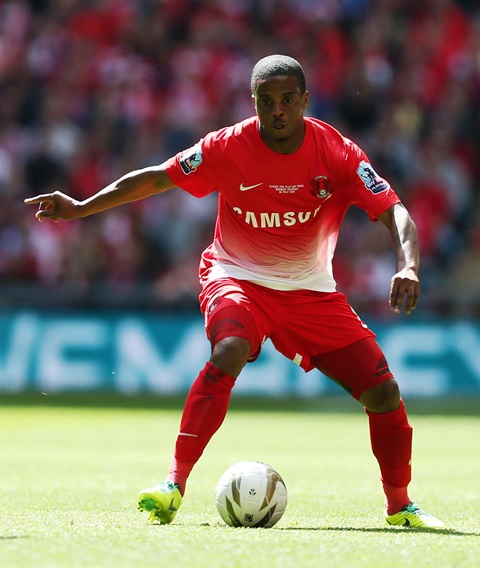 Wembley heartbreak: Kevin Lisbie in action during the 2014 League One play-off final, which Leyton Orient would lose on penalties to Rotherham (photo: Action Images / Matthew Childs)

Lisbie used to watch Orient when he was growing up and says that loss, in 2014 at the home of football, is still a tough one to take.

The club’s fortunes have declined ever since and the O’s are now in the National League.

He said: “Walking out for Leyton Orient at Wembley is definitely up there as one of my best Football League memories.

“When I got to Orient, I think they had two points in September, but Russell Slade was telling me we had a plan to push on in the next few seasons.

“We just about survived and then things started to progress. We should have won the league in 2014 but, ultimately, we lost on penalties in the play-offs to Rotherham and it’s something I still find hard to talk about.

“Orient was another family environment. We accomplished a lot for that club and I’m gutted we didn’t get promoted that day.

“Wembley is the last place you want to be if you lose. You just want to disappear.”

At 39, Lisbie is still finding the net at Non-League side Cray Valley Paper Mills and believes there’s still a few years left in the legs.

“I keep ticking over and I will keep playing until my body says no,” he said. “It doesn’t matter at what level. As long as I’m still scoring then that’s important. It has been freezing lately but I’m still enjoying it. I will keep going.

“I’ve spoken to a few people I played with in the Premier League and they say to stop playing only when your body tells you, not your mind.”