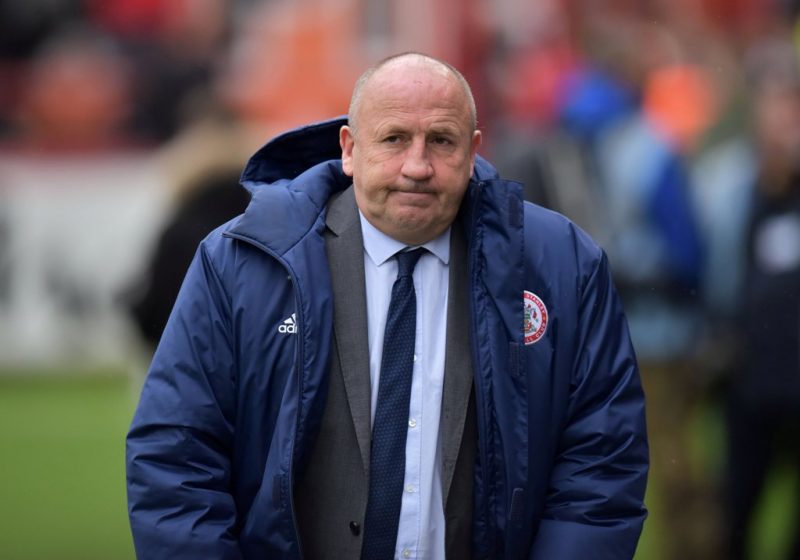 Accrington Stanley manager John Coleman has blasted his players for conceding ‘daft goals’ in their 3-2 loss to Stevenage last night.

The 55-year-old has even threatened to make serious changes for Stanley’s game against Crewe at Gresty Road at the weekend.

Coleman saw his side throw away a 2-1 lead with seven minutes left at the Lamex Stadium, instead coming out on the wrong side of a 3-2 defeat.

A night that could have seen Coleman’s side enter the top three in League Two ended up with them fifth and conceding far too many goals for the manager’s liking.

“We’re a good side, the fact we’ve conceded daft goals takes the gloss off it,” he told the Lancashire Telegraph.

“You’re not going to keep being a good side if you concede soft goals. We’ve conceded 18 goals this season, it’s pathetic. For the amount of possession we’ve had in games it’s pathetic.

“The first goal we scored is as good as you’ll see all season. We tried to see it out for the last 10 minutes and that’s not us.

“I’m definitely going to make changes on Saturday because there’s too many players getting comfortable in our team and that’s got to change.

“We were playing Stevenage at the right time, they had a bit of a hangover from Saturday but give them due Darren has got them going second half. They’ve shown enough fight to take their chances but we’ve got to be better than that.”

Stanley will attempt to bounce back from last night’s disappointing defeat when they take on David Artell’s Alex side this Saturday.