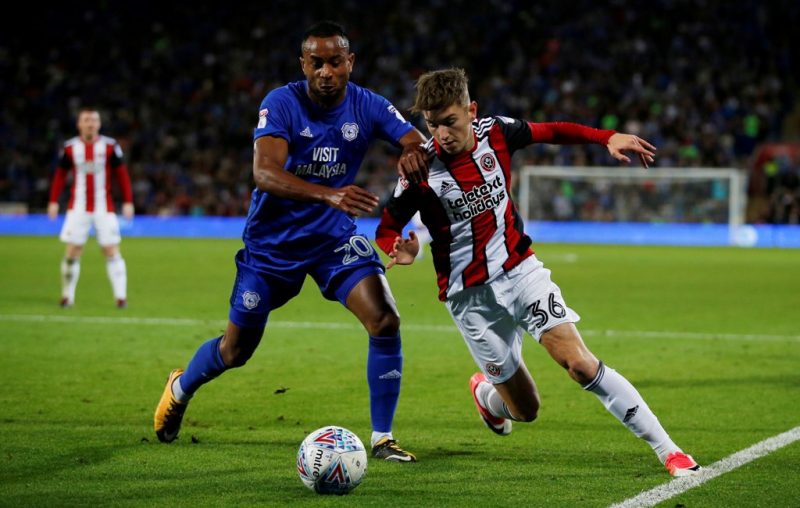 Sheffield United youngster David Brooks is reportedly the subject of frenzied interest from Premier League clubs, with Liverpool said to be leading the charge for the midfielder’s signature.

The 20-year-old has demonstrated his talent over 10 Championship appearances so far this season, including a man of the match display in United’s thumping Steel City derby victory over Sheffield Wednesday last month.

Although Arsenal, West Ham and Newcastle are all said to be looking at Brooks, it is thought that Jurgen Klopp’s Reds are the ones in pole position.

The German is reportedly willing to sanction a £10m move for Brooks in the January transfer window, although it remains to be seen whether that would be enough to convince the Blades to sell.

With Chris Wilder’s side third in the Championship, two points behind league leaders Wolves, no offer may end up being big enough to persuade them to release a prize asset while another promotion is a possibility.

And while a move to Anfield would obviously excite Brooks, it would be best for his long-term development to remain at Bramall Lane and increase his first-team football.

The young midfielder has had his game-time carefully monitored by Wilder this season, and it would be wise for him to stay in Sheffield until he has established himself as a first-choice player at Championship level.