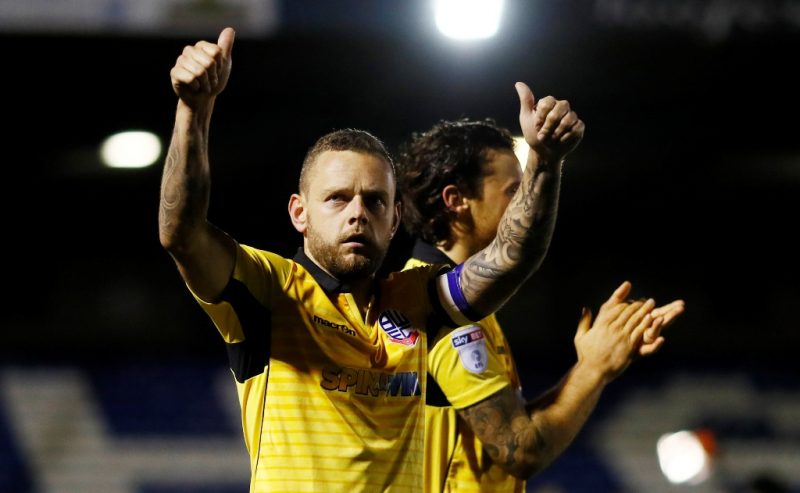 Jay Spearing’s search for a new club has taken him to his former Blackburn boss Gary Bowyer, with the midfielder reportedly training with Blackpool.

The former Bolton captain has been without a club since leaving Phil Parkinson’s side upon the expiration of his contract this summer.

And Spearing has now accepted an offer from Tangerines boss Gary Bowyer – who managed the 28-year-old during a loan spell at Blackburn in 2015 – to train with the club, potentially with a view to joining the side.

Spearing posted a picture of himself wearing a Blackpool training kit on his Instagram today, with the caption: ‘Back enjoying footy’.

Many Bolton fans have called for the player to be brought back into the fold at the Macron Stadium, especially with the club only recently emerging from a transfer embargo, but so far there has been no movement on that front.

The Liverpudlian was formerly a consistent performer in both the Premier League and Championship, and could be forgiven for wondering how he is without a club at this relatively early stage of his career.

Still, he remains a talented footballer who would certainly have something to offer a side like Blackpool, with his energy and enthusiasm sure to be assets to Bowyer’s side over the long League One season.