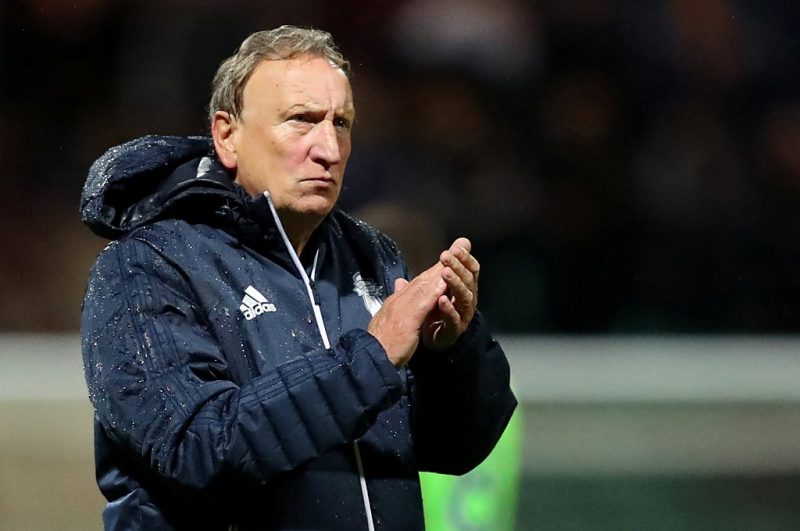 Cardiff City manager Neil Warnock has outlined the unpredictable nature of the Championship by revealing the six teams he expected to challenge for promotion before a ball was kicked this season.

The experienced boss has seen a lot in his time, and he told talkSport that he expected Aston Villa, Leeds, Wolves, Middlesbrough, Fulham and Derby to be challenging at the top of the division this year.

Eight games in, however, and no-one foresaw Warnock’s own Bluebirds team being joint-top of the table with the aforementioned Leeds and Wolves.

“You couldn’t have bet on it,” he told The Alan Brazil Sports Breakfast Show.

“For me, the six clubs I thought would be up there to start with were Villa, Derby, Fulham, Middlesbrough, Leeds and Wolves.

“We’ve played Wolves and they were very good, although they’re spending a lot of money, it’s still pretty even.”

While Thomas Christiansen’s Leeds and Nuno Espirito Santo’s Wolves have so far lived up to Warnock’s billing, the other four teams haven’t made quite the same impact as of yet.

Boro have made a decent start under Garry Monk, sitting in seventh place in the table and just three points off the trio of joint-leaders.

On the other hand, Aston Villa, Fulham and Derby have yet to really get going this season – each under managers who know the second tier well.

The three teams sit 13th, 14th and 15th respectively, with just goal difference separating them after they all claimed 10 points from their opening fixtures – although Gary Rowett’s Rams do have a game in hand on the other two.