Harlee Dean exclusive: ‘It’s a boyhood dream to play for Harry as a Hammers fan’ 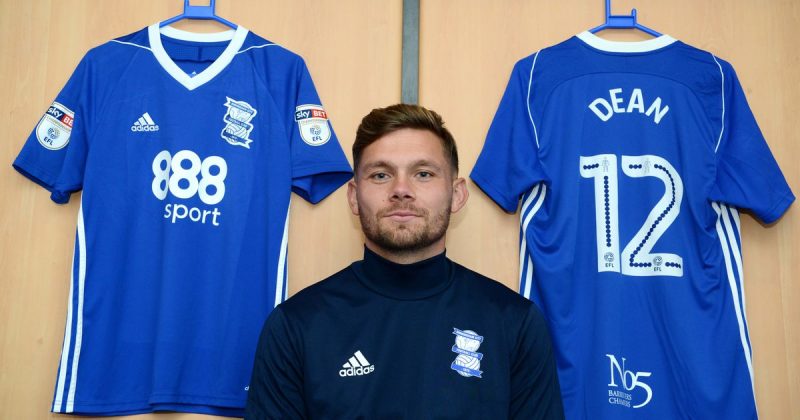 THANKS to Harry Redknapp’s hive of activity on transfer deadline day, there are Bees everywhere in Birmingham.

Redknapp paid a club record £6.5m for stylish attacking midfielder Jota, £2.5m for raiding right-back Maxime Colin and £2m for central defender Harlee Dean – all of them from Brentford.

But that’s not the end of it. Scott Hogan, a £12m buy from Brentford last season, was already at Aston Villa on the other side of the city.

And who was playing at Villa Park yesterday? Brentford. Well, what’s left of them.

“The thing is,” says Dean. “None of the three of us knew we were coming to Birmingham City. Not at all.

“I said ‘bye’ to everyone on the Wednesday, came up for a medical, then I rang Jota just to see what was going on. He said to me ‘I’m going to Birmingham’.

“We were on a WhatsApp group. Max was on there as well, and the next thing it was him saying ‘I’m on my way as well’.

“It was all quite funny, but I’m glad the boys are here because we have been together a long time and it makes bedding in a little bit easier. There was like a group hug when we all got here.”

The £11m Redknapp has handed over to Brentford will benefit the club’s finances but leaves them with a tough job to rebuild one of the best teams to watch in Championship football. 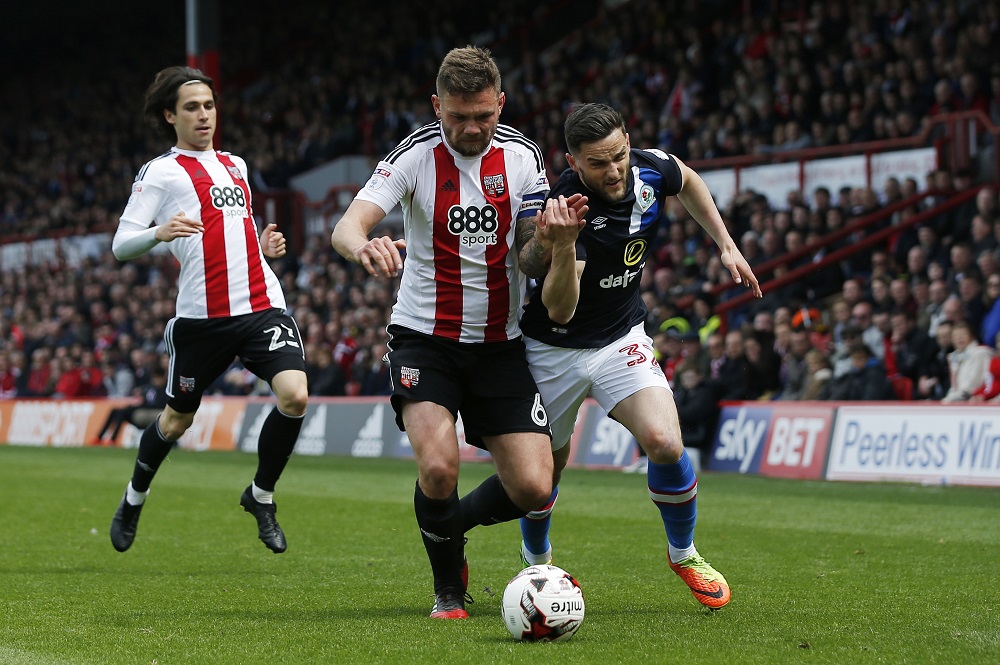 Birmingham’s Three Bees will be back at Brentford on a Tuesday night in February, with the game at St Andrew’s coming up a lot quicker, on November 1.

Redknapp signed a team and a bit in the transfer window, 14 players, and now has the job of turning the mass of new and what is left of the old into promotion winners.

Dean says ‘Arry will do it, but then he is biased.

“I am a West Ham fan and Harry was the manager,” says Dean. “To play for him was a boyhood dream of mine.

“There was a game against Bradford in the League Cup and I think we were three-nil down.

“I remember sitting there with my dad and my grandad and we came back and won 5-3.

“I’m sure it was Harry who was the manager. I don’t want to get it wrong and find it was someone else, but that’s what I remember from West Ham.

“It was one of the first games I went to. From then, I was hooked.

“I used to go down to Chadwell Heath and watch ‘em train – or try and watch through the fence.

“So, to come and play for Harry Redknapp, that is something special to me. I’m not just saying it. I was born around there, grew up around there.”

Dean’s memory isn’t spot on, but it was 17 years ago and he was only eight.

It was a terrific Premier League game and the Hammers were 4-2 down, Frank Lampard getting the winner seven minutes from time.

“That game is what it’s all about for supporters,” said Redknapp at the time. “They come to be entertained and they certainly got their money’s worth that day. It was a magnificent game.”

Dean says that, from the week’s training he’s had, he doesn’t think Redknapp’s new-look Birmingham will be free-flowing like that Hammers day.

“We were all-out attack at Brentford,” says Dean. “We scored a lot, but we conceded more than I would have liked. We outscored teams but I don’t think that football will get you promoted from this league. From what I’ve seen so far in training and how they work here, it will be a lot more about a pride in defending and getting clean sheets.”

Dean was Brentford’s player of the year last season, a leader of the team who joined a club that was just average in the third tier of English football and helped take them to the top ten of the Championship.

“Leaders make more leaders,” says Dean, who Redknapp hopes will have an influence both in the team and in the dressing room. 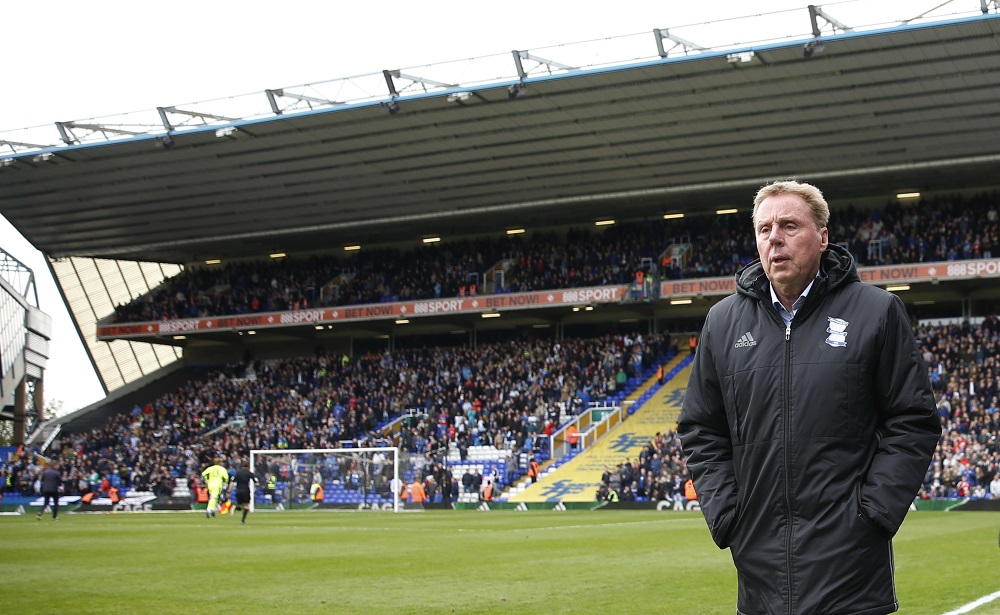 Was he surprised Birmingham City slumped so dramatically last season and needed Redknapp to rescue them from relegation with a last game win?

“Honestly? No. From playing them, I think once (Gary) Rowett went it was obvious he (Gianfranco Zola) was struggling.  Birmingham are too big a team to go down.

“But the Championship doesn’t care how big a team is. It will drop you if you are not playing up to the standard.

“So, I wasn’t surprised. This season is going to be different. There’s been a big turnaround. The ambition: you can feel it when you are on the training ground. You can feel the drive.

“When I spoke to the powers-that-be here, the message was we want to get promoted this season. We want to be in the top six, minimum. Anything else is a failure.

“Having that expectancy and pressure on your shoulders is a good thing because that’s what I want as well. I want to get promoted. I don’t want to come to the end of the season again with nothing to play for.”

Redknapp had been frustrated he was unable to get in more signings and the first few games have petered away with Blues making no impression on anyone. Now, he has to find his best side.

Jota has been bought to dictate how Birmingham play and score goals. He has the promising pedigree to join Trevor Francis and Christophe Dugarry as players Blues fans sigh about with appreciation.

“The pressure and the club record fee is not something I can do anything about,” says Jota.

“All I do is play to my best and try to win. Every game will be the same like that.”

At dinner on Friday, on the overnight for yesterday’s game at Norwich, Jota, Colin and Dean had to give their initiation songs. There were others as well, out of the pack of 14 who hadn’t yet got up and given it full pelt.

“I was bricking it,” says Dean. “There were a good few of us, so it took like an hour. Enough of us for a choir.”

“Scotty’s at Villa. Then, you’ve got me Jota and Max here,” says Dean. “It’s a strange one.

“Brentford were a good team, we played good football and we had a good bond on the pitch.

“Now we’ve got that whole right side of the Brentford team here, so hopefully we can carry on with that chemistry and understanding we’ve got and show it for Birmingham City.”

Dean admits he was surprised Brentford let three go so late in the transfer window.

“That’s what Brentford do,” he says. “Every player has a price on his head and, if that is met, then you go.”

But especially letting them go to Birmingham because manager Dean Smith is such a big Aston Villa fan?

“I know,” he added. “He called me a Bluenose when I told him I was coming up here.”