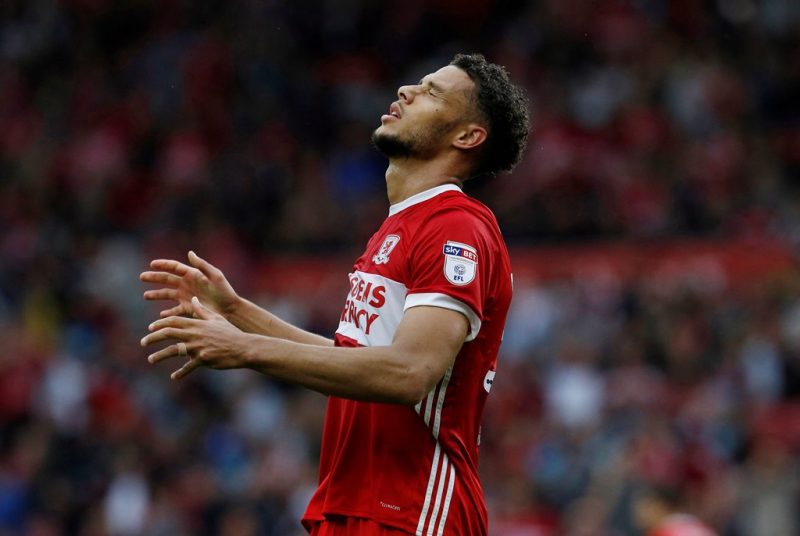 Middlesbrough have been dealt a major injury blow after it was revealed striker Rudy Gestede may be out for up to three months following a freak training ground injury.

The 28-year-old forward, who was linked with a move to Leeds last month, suffered a dead leg after clashing with a teammate in training.

It emerged his injury was more severe than first thought as it continued to bleed after treatment.

Gestede underwent a minor operation to relieve the pressure on his leg and may now be facing a lengthy fight back to full fitness.

The news comes at a bad time for Boro, with seven games coming up in just 21 days.

Garry Monk’s side currently sit 9th in the Championship table, having not won in their last two matches.