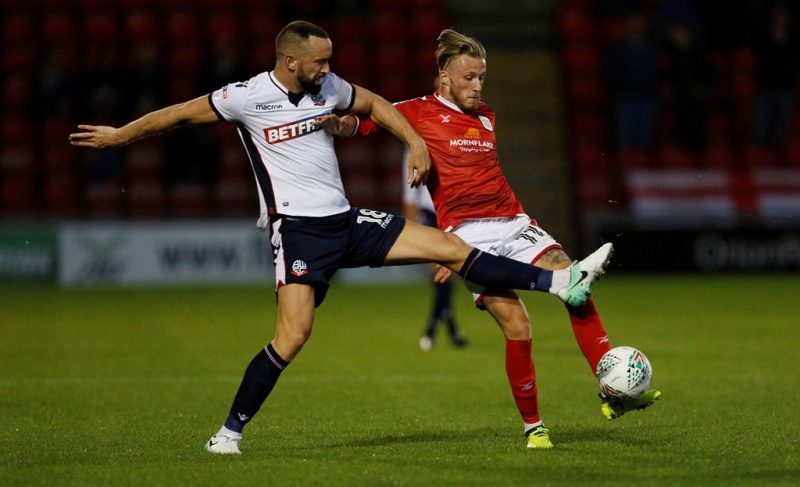 Ashlee, 11, hasn’t seen her dad regularly for three years after he made the agonising decision to leave her and wife Debra behind in Manchester when he joined Bristol City in 2014.

And the 37-year-old couldn’t wait to tell her that an offer from Phil Parkinson spelled the end of teary goodbyes and guilt-ridden drives down the M5.

“When I joined Bristol, my little girl had been through four primary schools,” explains the former Crystal Palace, Norwich and Hull striker.

“That was the hardest thing for me every time I left a club – taking her away from a load of school mates who she’d made really good friends with. It was heartbreaking. She was settled in Manchester. So was my wife. I didn’t want to uproot her again, so I decided I’d move to Bristol and come back on my days off.

“It was only for a year and plenty of people I’d played with had managed it. Only it wasn’t a year. I had the best scoring season of my career, won the league, got offered a new contract.

“Suddenly, I was away two years. The following season, I had a clause saying I had to play 33 league games. I hit that, so I got another one.

“I used to wind my wife up, saying ‘I’m a much better player when I’m not living with you!’ She knew I didn’t mean it, though.

“I’d go back home to visit and my little girl would be fine all day. She understands I have to pay the bills and she’d try to put a brave face on it.

“But then we’d have a hug when I left and she’d start getting teary-eyed. I’d drive all the way back to Bristol feeling awful.

“In the end, getting closer to them again was the most important thing, so when Bolton came in it was perfect.

“Ashlee’s on a cruise at the minute with my wife and her parents. I rang her to say I was a Bolton player and she couldn’t even speak. She was crying that much.” 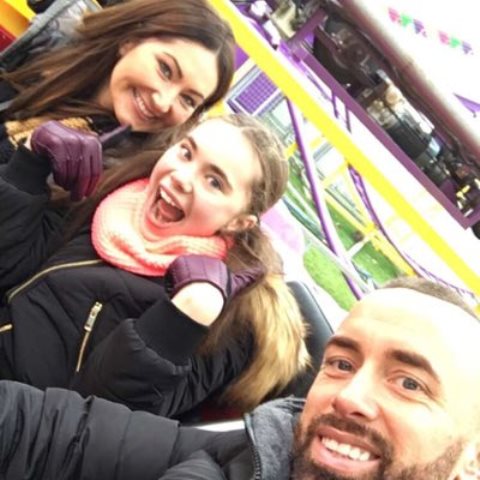 Home for Christmas: Dubbed ‘Wilbrahimovic’ by some fans, Phil Parkinson has brought the man back north (photo: Aaron Wilbraham)

Wilbraham, who scored 30 goals in 111 games for City, says Parkinson’s ability to see beyond his advancing years was an extra pull.

“I loved my time at City, but Lee Johnson told me I wouldn’t be playing that much,” adds Wilbraham, who was also wanted by Bury.

“It wasn’t exactly making me lose my fight, but I was thinking ‘I’m going to be working hard every day to impress this bloke but he’s already got it in his head that I’m not a regular’.

“I’m old enough to know that if we got four or five games in and weren’t playing well, he’d have to rely on me again. He was saying similar things last year and I still played 36 times.

“I also understand he was trying to manage my expectations, so I wouldn’t be upset if I wasn’t in the squad.

“But I don’t see the point in saying that to one of your players. I’d rather make everyone feel important.

“Phil was different, explaining my role, saying that he wanted me to compete with Gary Madine for the target man position, to help him develop.

“Gary’s younger than me, so he’s obviously going to play more games, but it’s nice to have a manager saying positive things. That’s what really attracted me.”

Best of all, Wilbraham will be back home when Ashlee starts secondary school in September.

“It’s a massive milestone for her,” he says. “And having me back will hopefully make it easier.

“Ironically, though, we went to see the teachers and they all said she’ll be fine thanks to moving around so much. It’s the ones wrapped in a bit of a bubble who can’t handle it.

“She’s dead confident. She’s always had to make friends and she can walk into any group.

“Even now, my wife said she’s running around the cruise ship with a little gang. It’s been horrible at times, but it’ll hopefully stand her in good stead for the future.”

Subscribe for the 2017/18 season to receive The FLP (post/digital): www.bit.ly/FLP-Subs