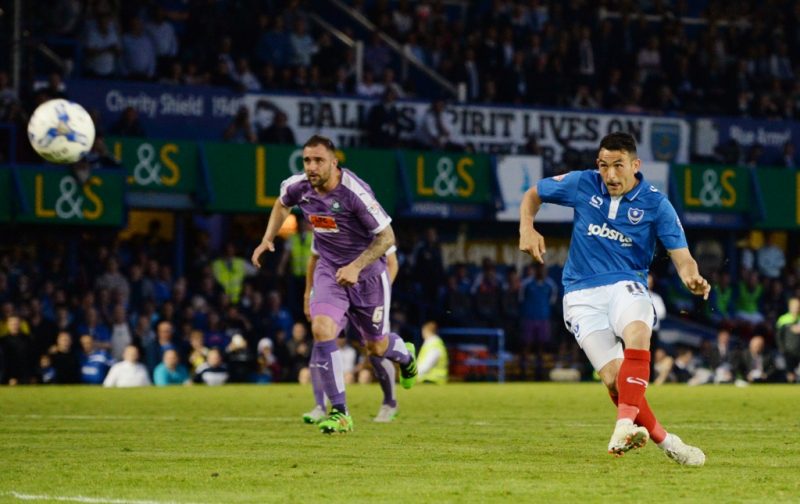 Portsmouth winger Gary Roberts has left the League One newcomers by mutual consent.

The 33-year-old wideman had one-year left on his contract after signing a three-year deal when he signed for Pompey from Chesterfield in 2015.

Last season, as the south coast club won the League Two title in unforgettable fashion, Roberts played through the pain of a persistent injury to make 42 appearances for Paul Cook’s side as Pompey returned to the third tier.

In total, the former Accrington Stanley and Huddersfield man made 80 appearances during his time at Fratton Park, scoring 20 goals, and Portsmouth’s chief executive Mike Catlin said: “I’d like to offer my sincere thanks to Gary – both on a personal level and on behalf of everyone at the club.

“I hope that he will forever be remembered for what he achieved at Pompey, especially last season when we went on that fantastic run to win the title.

“His contribution over the past two years has been invaluable – he has been a fantastic player for this club. We all wish him every success for the future.”

Despite his impressive spell in Hampshire, Roberts fell out of favour with Kenny Jackett since his arrival as manager, and he had been made to train on his own.