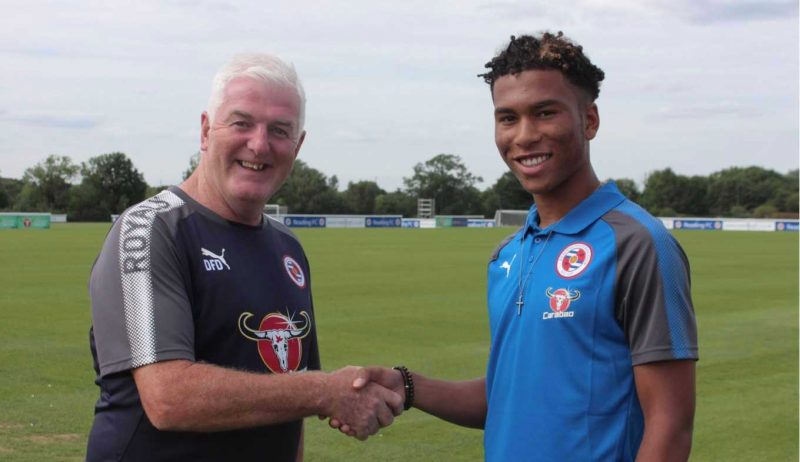 An unlikely figure in the shape of 16-year-old Danny Loader has emerged as a possible solution to Reading’s striking crisis. The academy prospect, who scored 4 goals against QPR earlier in pre-season, might be called on earlier than expected due to an injury to main striker Yann Kermogant.

Royals boss Jaap Stam has had to rethink plans with Kermogant undergoing hip and groin surgery earlier this summer, and is not expected to return before the season begins. With striking options scarce for the Dutch manager, Loader has been relied upon to provide depth alongside new signing Jon Dadi Bodvarsson, as Joe Mendes also faces a spell on the sidelines.

Speaking to the club website, Loader enthused: “It’s a really big privilege to be called up to the first team, but the hard work doesn’t stop here. I just need to keep pushing; every day I’m learning more stuff from the coaching staff and everyone around.”

Despite a stellar four-goal performance against QPR, Loader has his feet firmly planted on the ground: “I’m just hoping to get better in all aspects of my game. For me, (QPR) doesn’t really change anything. I just need to keep pushing on.”

Loader started the 2016/17 season with Reading’s Under-18s, scoring 5 goals in 15 games, before graduating to the Under-23 side, where he played 10 games in Premier League 2. He also represented England Under-17s at this summer’s European Championships, as the Three Lions lost on penalties in the final to Spain.

Reading fans will be hoping that he’ll be able to repeat his goalscoring feats when the Royals line up against QPR again on the first day of the season.