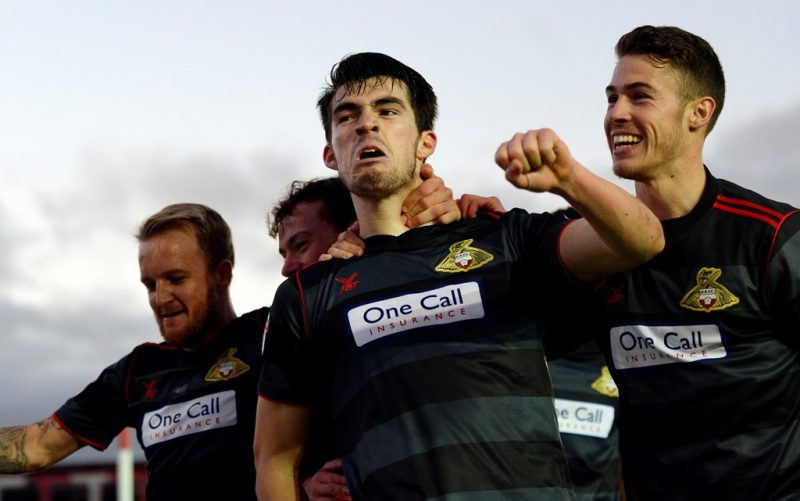 The 25-year-old fired Rovers back to League One at the first time of asking with his tally of 26 goals in 38 league appearances, as they finished third in League Two.

The former Millwall forward outlined his hopes for another strong year in front of goal after committing to the Keepmoat outfit.

“I want to take the form from last season and take that into this year, I want to score as many goals as I can for the team and help the squad get as far up the table as I can,” Marquis told the club’s official website.

“The manager has done very well with the players he has brought in, not only here but at previous clubs as well and he plays a good style of attacking football, which as a striker it is a dream to play in because you know that you will get plenty of chances.

“We won a lot of games last season and I want us to take that into this year and if we can take that winning momentum this season with the new additions that we have brought in this season, this club will be on the up.”

At risk of having his head turned by clubs in higher leagues, notably Barnsley, Sheffield United, Norwich and Ipswich, Marquis has put the mind of boss Darren Ferguson and Donny fans at ease to stay loyal.

“For me I always wanted to stay and like I said a lot last season,” he added, “my football has come along way with working with the gaffer and his staff.

“I am very happy to get the deal done, it has taken a little bit longer than I would have liked over the summer, with myself, my agent and the gaffer being away on holiday.”

On Tuesday evening, Doncaster hosted Derby County at the Keepmoat where Tommy Rowe’s second-half equaliser sealed a 1-1 draw against Gary Rowett’s side.