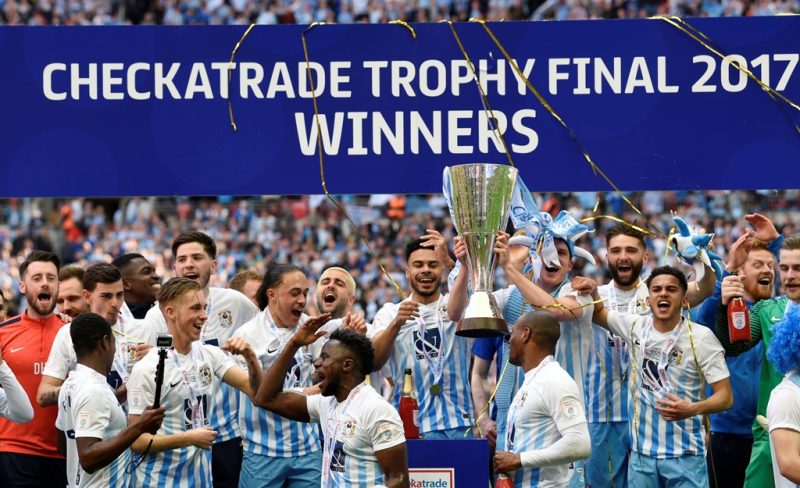 Derby matches have formed the basis of the 2017-18 Checkatrade Trophy after the EFL took on board feedback from fans.

16 four-team groups have been drawn, currently made up of three League One and Two teams, before the invited under-21 sides are brought into the competition on July 12.

In the pick of the Southern section groups, Peterborough and Cambridge will face each other in a competitive game for the first time since December 2001, while rivals Northampton are also in Group H.

Similarly, Exeter and Plymouth will renew their rivalry, despite Arygle earning promotion to League One last season, Southend and Colchester face an Essex derby and there will be an “El Gloscio” between Cheltenham and Forest Green Rovers.

In the Northern section, last year’s winners Coventry face ties against Shrewsbury and Walsall, while newly promoted Lincoln City face Mansfield – a club the Imps have had a local rivalry with in years gone by.

The changes to the much-maligned competition have been made after low attendances last season, and after lots of criticism from fanbases about the organistation of the tournament and distances fans were having to travel.

The new derby groups means a much more localised Checkatrade Tophy, unlike last season when the likes of Cheltenham were drawn against Blackpool, Bolton and Everton Under-21s.

The group-stage fixtures, including where they are to be played, is set to be confirmed on Wednesday, with invited Under-21 teams, such as Chelsea, Everton, Man City and Spurs, to play all group games away from home.