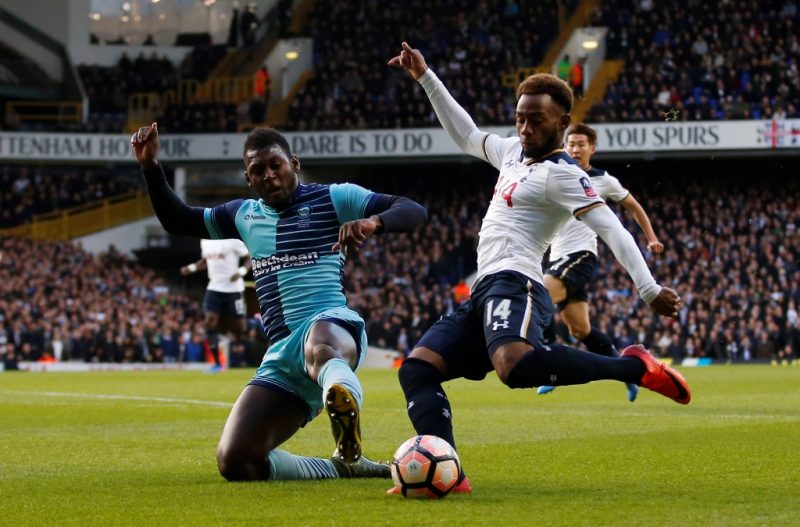 Championship side Bristol City have confirmed they are looking at signing out-of-contract Wycombe defender Aaron Pierre.

The 24-year-old centre-back saw his contract at Adams Park expire at the end of last season, and was offered “improved terms” to stay with the League Two side, but he is yet to agree a new deal.

Pierre has made 149 appearances for Wycombe since joining the club in 2014 from Brentford, and Chairboys boss Gareth Ainsworth has described him as “probably the best centre-half in League Two.”

He has been on trial with Bristol City for a week now, and is set to feature for Lee Johnson’s side in a pre-season friendly against Guernsey FC tomorrow afternoon.

After beginning his career with Fulham, Pierre made the short trip across West London to become part of the youth set-up at Griffin Park.

Despite never making an appearance for the Bees, he shone while on loan at Wycombe before making the move permanent. The towering defender has also impressed on the international stage, having earned four caps for Bermuda, and scored his first goal for his country last month.