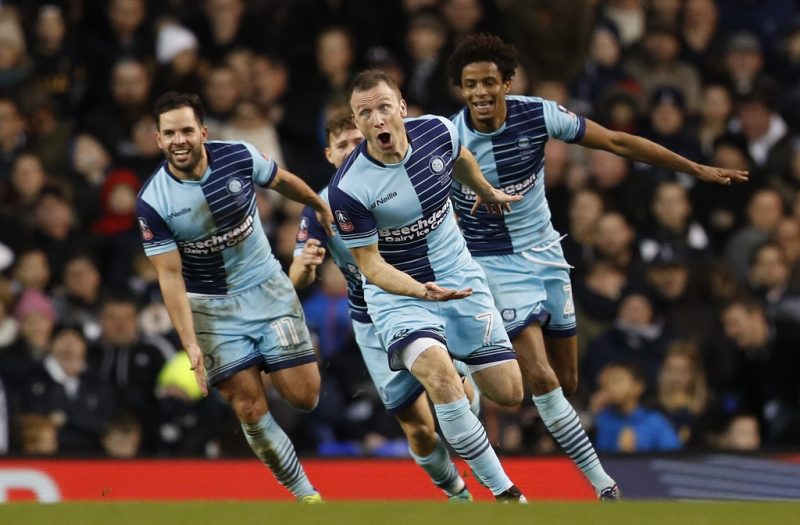 The 36-year-old front-man began his career with the Shrimps, and scored the winner in the club’s conference play-off final against Exeter in 2007 to write his name in Morecambe folklore.

Following spells across the football league, with time spent at the likes of Scunthorpe, Bradford and Notts County, and after scoring at White Hart Lane during Wycombe’s thrilling FA Cup tie with Tottenham in January, Thompson is back where it all began.

Speaking to Morecambe’s official website, the striker is clearly delighted with the move, saying: “I’m absolutely buzzing to be honest. I’m so glad to be back.

“I was back at the club recently for the Wembley reunion and I just felt like I was home.

“When I knew the manager was interested in me it was a no brainer to be honest. I loved playing with Jim and we have always kept kin touch and I’m looking forward to playing for him now.

“Morecambe means so much to me and I had a great relationship with the fans and I really want to do well for them next year. I know I’m 36 now but I have played about 150 games over the last three years I think I still have a lot to offer.”

Shrimps boss Jim Bentley added: “Garry is a Morecambe legend and I’m sure the fans will be delighted to see him back at the club.

“Whenever we have played against him he has impressed me with his pace and power and I know he wants to do really well for the club.”

One thought on “Morecambe legend Thompson returns to the Shrimps”