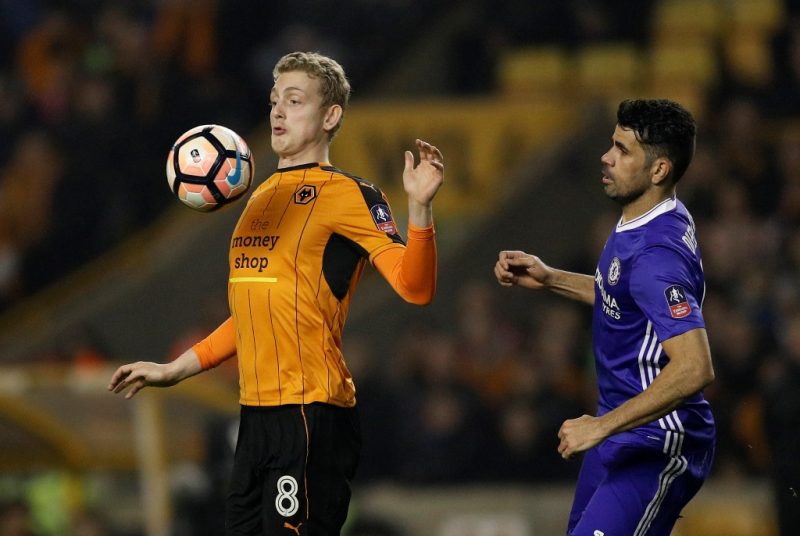 Millwall have completed the signing of Wolverhampton Wanderers midfielder George Saville for an undisclosed fee.

The 24-year-old arrives at The Den having signed a three-year deal with the club, and is the Lions’ second signing of the day after Jed Wallace also left Molineux to join Neil Harris’ men permanently.

After coming through the youth set-up at Chelsea, Saville enjoyed his first taste of senior football at Millwall, joining the club on loan in 2013. He also spent time at the East London club in 2015, after a loan move to Brentford and a permanent transfer to Wolves, and is now excited to begin his third spell with the newly promoted side.

Speaking to the club’s website, the young midfielder said: “I’m very happy and really looking forward to getting going.

“The manager wanted me in for the first day of pre-season and that makes everything easier for me and the boys.

“I’m delighted to be back down south. I know a few of the boys already – it’s a good club with good staff. There’s a buzz around the training ground following promotion – everyone is confident and excited to get going again.”

Like his former Wolves teammate Saville, Wallace has agreed a three-year deal with Millwall ahead of their upcoming return to the Championship, after he starred in their stellar 2016-17 season.

The former Portsmouth winger, 23, has made 35 appearances under Harris over two loan spells, and said: “I know all the lads and I get on well with the manager, so I’m delighted to be here for the next three seasons; hopefully we can have many more good times.”