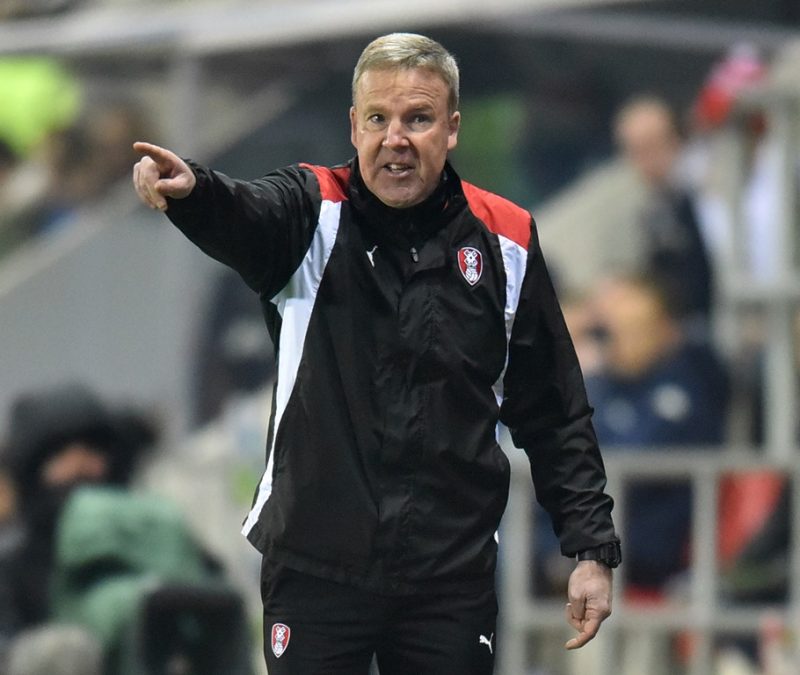 New Portsmouth manager Kenny Jackett has expressed no qualms about the playing budget he has been handed at the League Two champions – a budget he described as ‘not massive’.

Named by Portsmouth as their new boss last Friday following the departure of Paul Cook to Wigan, Jackett has already evaluated the squad after holding discussions with chief executive Mark Catlin.

As things stand pending the takeover by former Walt Disney chairman Michael Eisner, Jackett has been told he has a seasonal total of £3million to work with in gearing Pompey up for life in League One.

Takeover talks between the Pompey Trust and Eisner’s Tornante Group have been ongoing since April with fans formally giving their approval of negotiations at a ballot vote.

Until the buy-out is officially completed Catlin has made it clear that the funding of the club will continue as normal – to the restriction of Jackett.

“Is there a lot of scope and space in that budget at the moment? No, there’s not,” Jackett admitted, having signed a two-year deal at Fratton Park.

“It’s not massive but the plus side for me is that most positions – if not all – have players and competition.

“There are one or two holes, obviously, but there is time to look at that.

“So, in terms of the budget, it’s not something I particularly worry about. If you were starting completely from scratch you are scratching around.

“I wouldn’t necessarily want that but we have an existing squad of enthusiastic players – and I’m looking forward to working with them.”

£3million puts Portsmouth in the middle of the table for League One budgets but Jackett says momentum can be just as effective as big-money signings.

“When you do talk about budgets they can be confusing.

“There are clubs who go down and through existing contracts, have the biggest budgets. That doesn’t make them the strongest.

“We are in a good position going from League Two to League One with momentum,” Jackett said.

Looking to replicate the successful campaigns of Oxford United and Bristol Rovers this season, the 55-year-old explained football in the lower leagues is about performing above expectations.

“When you are going up a level you can prove and achieve. Overachieving is something you have to do in football management.”

“You have to overachieve and we’re looking to do that.”