Blackpool plan for League One by cutting loose nine players 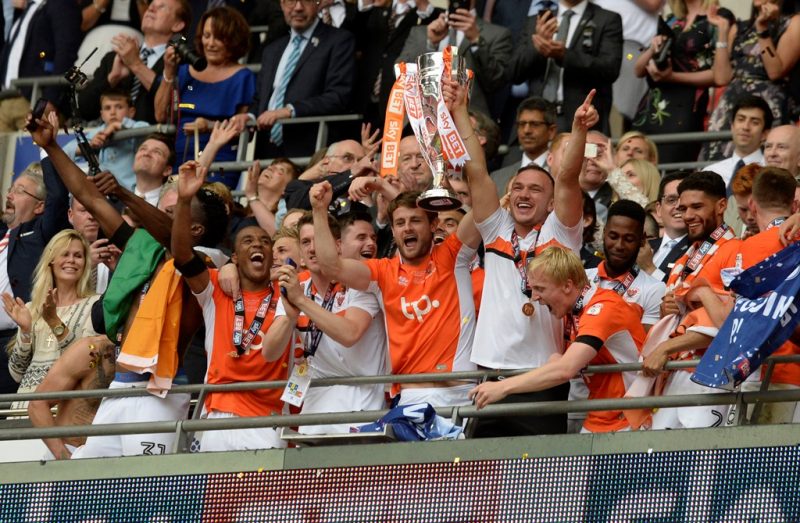 Blackpool manager Gary Bowyer has trimmed his play-off winning squad down to size as they prepare for life in League One next season.

Midfielder Jack Payne is among nine players to be released, while the Seasiders are keen on preventing Sam Slocombe’s exit by reconvening talks with the goalkeeper’s representatives.

Payne was ever-present for the Tangerines in their promotion-winning season missing just two matches all campaign, playing the full 90 minutes against play-off semi final opponents Luton Town and also at Wembley for the final against Exeter City.

Fresh from their 2-1 victory at Wembley on Sunday, Blackpool have offered new terms to captain Tom Aldred and forward Nathan Delfouneso.

Should they both sign Bowyer will have 21 players at his disposal as summer recruitment plans begin to take shape.

A club statement commented: “The Seasiders would like to thank all those departing the club for their significant contributions and efforts, in what has been a promotion-winning season, and wish them all the very best for the future.”