Home / Featured / Nile Ranger jailed for eight months for part in defrauding woman out of £2,093

Nile Ranger jailed for eight months for part in defrauding woman out of £2,093 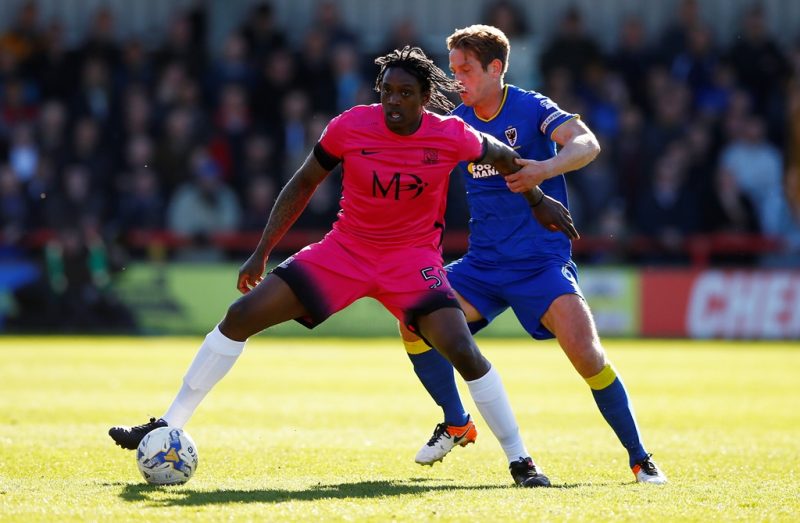 Southend United forward Nile Ranger has been sentenced to eight months in prison at Wood Green Crown Court today after entering a guilty plea to fraud.

The former Newcastle United and Blackpool player had charges brought against him in December after a woman had £2,093 illegally transferred out of her account on 18 February 2015. A sum the prosecution argued was taken after Ranger – a Blackpool player at the time – and two other individuals obtained her banking details.

In addition to being handed a custodial sentence, 26-year-old Ranger was ordered to pay £100 to the victim and prosecution fees totalling £1,200.

Ranger became a key part of the Shrimpers strike force this season, having been handed a three-month contract by Phil Brown after spending last summer on trial at Roots Hall.

The striker scored 8 goals in 28 appearances for the Blues and was rewarded in December with a long-term three-and-a-half year contract.

A statement released by Southend after Ranger’s plea hearing in January read: “This misdemeanour occurred two years ago and therefore a long time before Nile Ranger joined the club.

“The club will never condone such behaviour and had Nile been a Southend United player at the time, then there would have been no hesitation in terminating the player’s contract.

‘However, Nile was not a Southend United player two years ago. Nile joined the Blues in July 2016, initially on a short-term agreement, and has behaved very well since that time, conducts himself professionally, is liked by the squad and Nile relates well to the club’s management.”