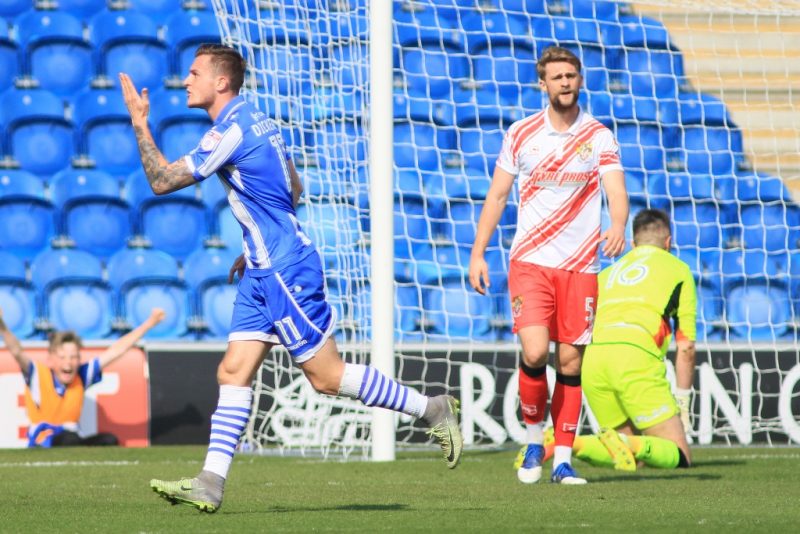 BRENNAN Dickenson scored on his professional debut back in 2012 but goals have never been a major part of his game.

That was until he rocked up at Colchester United last summer after being released by Gillingham, with the 24-year-old notching three times in his first three games for the recently-relegated U’s.

That proved a sign of things to come. Heading into the Easter weekend, Dickenson had netted on 11 occasions, already blowing his previous best season’s tally of three well out of the water.

Not bad for someone who has predominantly featured at left wing-back over recent months, where he has also chipped in with a further seven assists.

While his red-hot streak in front of goal has taken him by surprise, Dickenson is simply relishing the best form of his life.

“I think I can safely say that this is the best season of my career so far,” said Dickenson, who, after joining Brighton from Non-League Dorchester Town, was loaned out to Chesterfield and scored on his EFL debut in a 3-2 defeat to Bristol Rovers in 2012.

“I have had some good seasons in the past and I have been pleased with how I have been doing but this season everything has just been going great.

“Coming into the season I expected to do OK with assists but I never thought I would get more goals than assists.

“I have surprised myself but it is down to being part of a team playing well, with confidence flowing. 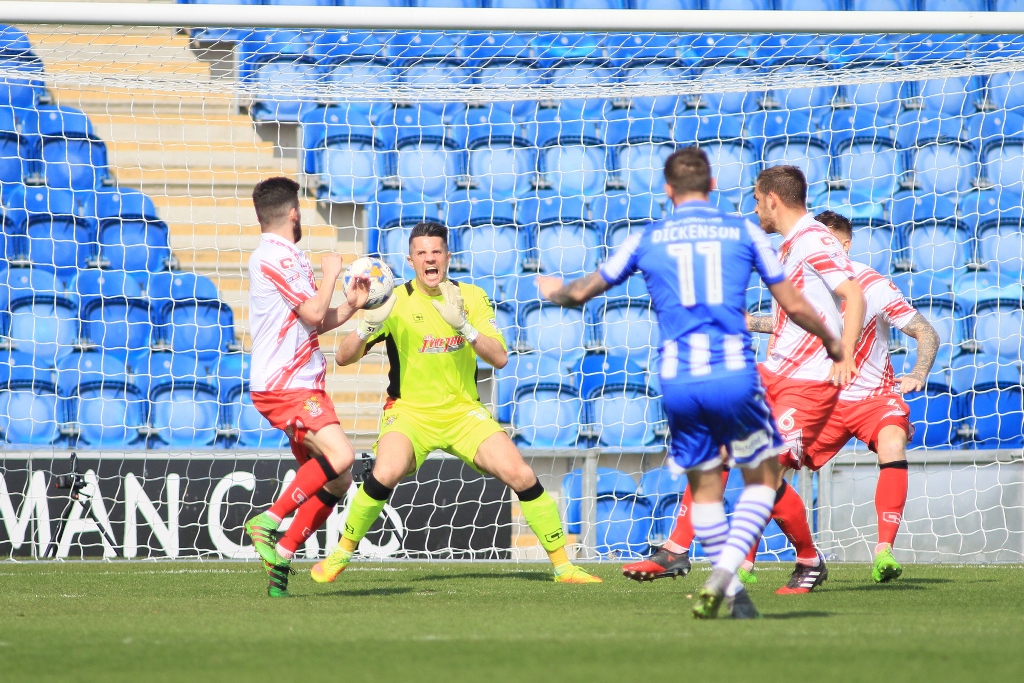 Dickenson scoring in the 4-0 thrashing of Stevenage (Picture: Action Images via Reuters)

“The gaffer John McGreal is also great for me. In him I have a manger who is 100 per cent behind me, trusts me and instils confidence in me.

“Hopefully I have got a few more goals left in me between now and the end of the season.”

Dickenson isn’t the only one hoping that he can continue to find the net on a regular basis between now and the end of the season, with Colchester well and truly in the play-off picture.

Heading into their Good Friday clash with already-promoted Doncaster, the U’s were just two points off a play-off spot as they look to bounce back immediately to League One.

If things had gone slightly differently then Dickenson could have been plying his trade in the Championship this year after Colchester rejected an approach for his services from Ipswich in January.

But the Southampton youth academy product is only concentrating on getting Colchester back into the third tier of English football.

“It was a great performance last weekend against Stevenage (a 4-0 win),” added Dickenson. “Over the two league games we have put eight past them and that shows that, on our day, we can match anyone as they are right up there.

“We believe that and we just need to keep working hard over the last few games and try to keep picking up points.

“Getting promoted automatically was the goal at the start of the season but we are still in with a shout of the play-offs so we will keep working hard.”

*This article originally featured in The FLP on Sunday 16th April.